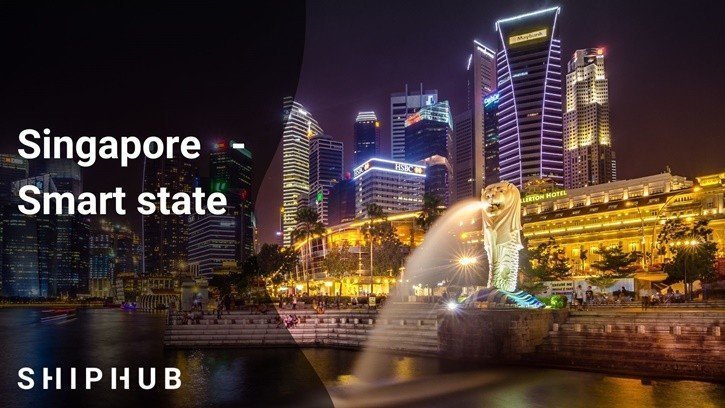 Singapore is a city-state that has been developing following its vision of the future for many years. Investments in modern technologies are at the heart of the development strategy. The state can be called economic power. In the article, we will try to explain why Singapore became the leader of modern technologies.

Currently, investments in modern technologies have become a measure of business innovation, efficiency, and attractiveness. Countries are trying to outdo each other; among ideas, you can find actions to increase robotization, create new inventions, or introduce innovative solutions.

Modern technologies not only rely on the implementation of artificial intelligence or robotics but are based on several basic principles.

One of the main principles is environmentally friendly production. When heavy industry threatens nature in any way, it should not be seen as innovative.

Technologies should support health as well as reduce pollution and waste. They have to be human-friendly (both at the level of production and in use).

Singapore in the context of modern technologies

Singapore is considered the most innovative country. It produces the biggest amount of modern technologies. Japan, China, and the USA are also at the forefront.

Singapore is a city-state that was founded in 1965. Earlier since 1826, Singapore was used by Great Britain as a British naval base.

Due to the rapid economic development since World War II, the country is categorized as one of the “Asian Tigers.”

Last year, the state exported goods worth 373 billion dollars. This is more than the value of UK export, and also almost double the value of Poland’s export. Singapore was among the top ten largest global exporters.

In the ranking prepared by the World Economic Forum, Singapore ranks third in terms of global competitiveness. On the other hand, the Heritage Foundation awarded the country second place in terms of economic freedom.

Mainly contributing to such high positions in the ranking are:

A great change in 50 years – an intelligent state

Singapore needed about 50 years to achieved its high position in the world, beginning in 1965, when it separated from the Malay Union. Back then, the state lost access to the common market, resources, drinking water, and agricultural land.

In 1971, Great Britain closed its military base operating there, which employed about 20% of Singaporeans.

The situation has led to the fact that trade, finance, and innovation have become a necessity for further development of the state.

Singaporeans themselves call themselves SmartNation or SmartCity. However, they are going to achieve this status fully in 2030, when they are planning to rely 100% on modern technologies and use them in every area of life.

In 2017, Singapore took first place in the Global Smart City Performance Index. Categories taken into account above all were health protection, mobility, security, and productivity.

Singapore also turns out to be a leader in public services, thanks to which residents have the chance to do many things digitally.

Interesting solutions used in Singapore include:

Singapore as a leader in modern technologies

The government in Singapore rarely conducts bans, restrictions, or warnings regarding the introduction of new technologies, unlike other countries. This is one of the reasons for the country’s high position when it comes to modern technologies.

Such an approach is a better way to develop financial innovation and gain global leadership in this field.