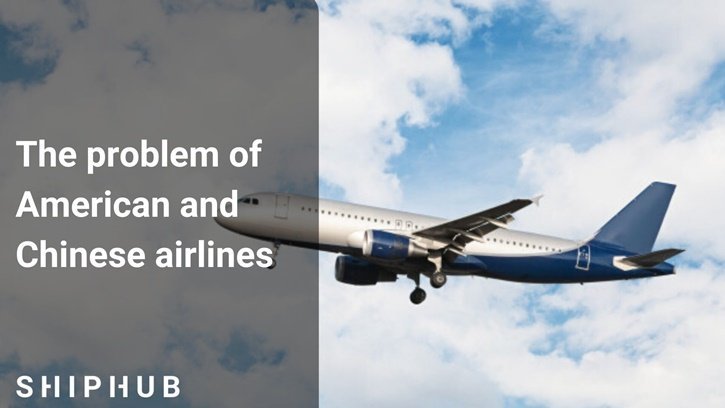 American and Chinese airlines problem is ongoing. Washington accused Beijing of blocking US carriers from resuming flights to China, which prompted the US authorities to tighten controls on Chinese airlines. The exchange of blows started after the US Department of Transportation stated that Beijing’s regulatory authorities are preventing US carriers from flying between the two countries. The US government announced on the 3rd of June its decision to close its skies to Chinese airlines as a retaliatory measure for preventing U. S. airlines from resuming flights to China. The ban will take effect on the 16th of June.

With the recent decision to foreclose access to its market for passenger flights from China, the US authorities explain the implementation of reciprocity in foreign policy. The regulation implementing the decision clarifies that China is still unable to say when it will change its rules, allowing carriers for the United States to resume scheduled passenger flights.

On the 31st of January, because of the epidemiological situation linked to the spread of the COVID-19, the US government banned the entry of the majority of non-US passengers. They had been on Chinese territory in the last 14 days. The ban did not impose any restrictions on flights from China, but given the residual demand for travel between countries, most US airlines decided to suspend flights to China.

A direct allegation of the recent conflict between the United States and China, this time concerning civil aviation, was the failure of the Chinese Civil Aviation Authority (CAAC) to allow Delta Air Lines and United Airlines to resume flights to China. Even though, at the same time, Chinese airlines could operate in the United States.

The problem of American airlines

On the 4th of June, a few hours after the US restrictions, the Chinese CAAC abolished the rule that the route limit would be based on the number of air operations of the 12th of March, but maintained the guidelines for a single rotation per week.

This makes it difficult for the Chinese side to accept US airlines’ emergence, but the request for US airlines to operate flights daily instead of once a week. However, the authorities of China have announced the introduction of a mechanism to increase the flight limit to 2 per week – such an increase would be allowed if none of the passengers arriving in China on a given route showed a positive result COVID-19 test for three consecutive weeks.

At the same time, the Chinese Civil Aviation Authority has reserved the right to suspend the air route operation for one week if there are five or more passengers on board who show positive results on arrival for COVID-19. If the number of infected passengers exceeds 10, the route will be suspended for four weeks.

Besides, the CAAC informed that it is only possible to operate services between cities that were served before the outbreak of the pandemic. What is more, the airport of destination in China must be on the list of approved airports. Airlines must obtain confirmation from local authorities that they can cope with the passenger quarantine obligations before launching passenger services to China.

So far, it is unknown how the United States authorities view the new conditions announced by China.