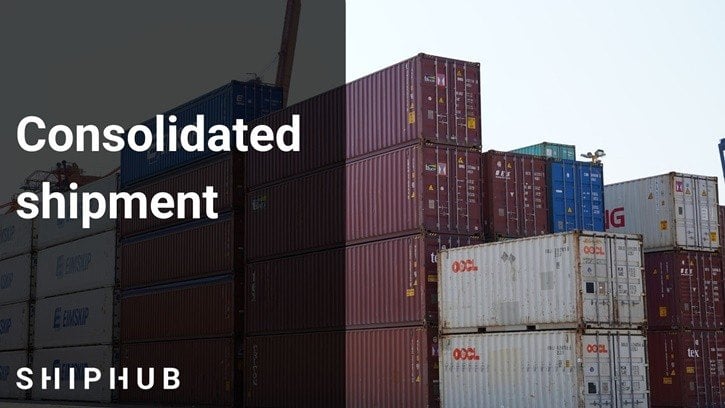 Consolidation of shipments is the process of combining several smaller shipments from different senders to reduce transport costs. The goods are transported in one container, which allows for reducing the shipping price. These types of shipments are also referred to as LCL – Less than Container Load.

What is the consolidation of parcels?

For groupage transport, the same containers are used for standard full container shipments.

The fragmentation of shipments is also becoming more and more popular.

It is unprofitable to transport small quantities of goods from Asia to Europe or from Europe to Asia. For this purpose, it is best to use the option of shipment consolidation.

In the beginning, the goods are delivered to the warehouse, where the consignment is consolidated together with others into one container. Goods are also usually delivered by trucks.

The container is then sent out. Usually, this happens by sea, but if consolidation took place inland, the container is delivered to the port using the car, train or inland sailing.

When the goods reach the destination port, it is transported to the warehouse, where it is then reconsolidated. In the end, the product will be delivered to individual recipients.

Benefits when combining the shipment

In times of crisis, this is the right solution. It is also a unique convenience for smaller exporters.

The dense network makes it possible to combine shipments, both within national and international connections.

Also, it is a safe form of transporting goods.

Consolidation of shipments to one transport means, first of all, one forwarding order, one shipment number, one customs clearance, and one company that deals with transport service.

Buyers consol is also an interesting type of consolidation of shipments. Mainly the largest logistics operators offer this option. It involves combining a larger number of groupage shipments, coming from different suppliers, located near one port, intended for one recipient.

When deciding on the transport of small goods from China of small size, it is worth taking an interest in the consolidation of transportation and check what it is and what forwarding companies do.