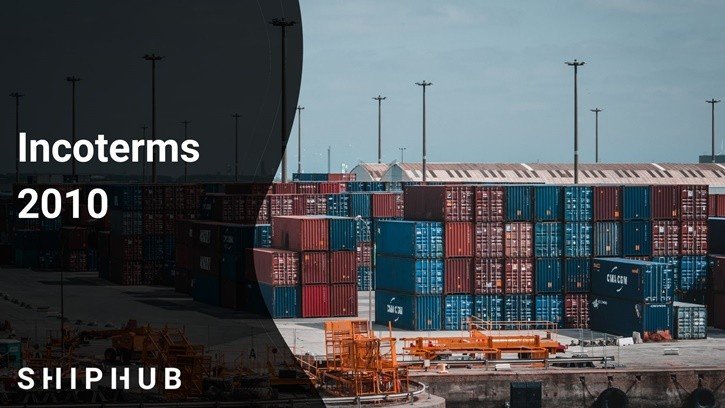 When you decided to import goods from China, we recommend you read more about the Incoterms 2010. Incoterms or the International Trade Rules is a set of rules that define the terms of sale in the turnover of material goods. Incoterms include issues related to the transport of products from the seller to the buyer. It is not obligatory, but it can significantly facilitate the transaction, and the whole procedure of carriage will be much smoother.

Incoterms 2010 refer to the issue of transporting products from the seller (exporter) to the buyer (importer). Incoterms also include carrying products, covering the costs of transport itself, insurance costs, cost of risk transfer for the condition of products at various points in the transport process.

We divide Incoterms 2010 into groups into groups that concern specific conditions. The division is due to transport and insurance fees, risk transfer, liability for formalities and costs related to export and import customs clearance.

The seller makes the goods available to the buyer at the designated place. Furthemore the seller is not obliged to provide export customs clearance, as well as doesn’t bear the costs or the risk of loading the goods.

This group obliges the seller to make export customs clearance. The seller doesn’t pay for the basic transport or insurance costs.

The seller agrees to carries and bears its costs. The seller is also obliged to make export customs clearance. The risk is transferred to the buyer at the time of sending the goods. All additional costs appeared after loading, are related to transport, and other actions are charged by the buyer.

The seller is obliged to deliver the goods to a specific place or port of destination.

Transport is very important due to terms of import and export. Many importers starting import from China do not know what Incoterms 2010 is. When deciding on a particular type of transport, it is worth getting acquainted with the issue of Incoterms. Understanding the terms of Incoterms 2010 is important when negotiating with a Chinese business partner.