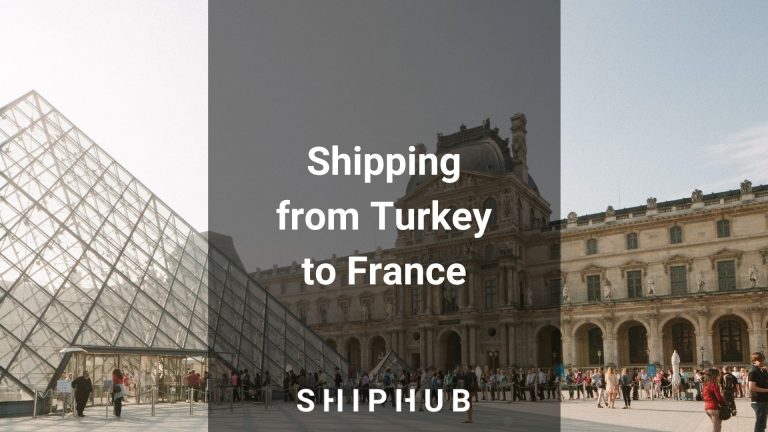 Turkey is a center for a wide range of products, whether it is food, clothing, raw materials, or machinery. On the other hand, France is one of the largest importers in Europe and mainly imports transport equipment, computers, and chemicals from Turkey.  There are three ways of shipping cargo from Turkey to France: by sea, air, and land. Thanks to the relatively short distance between the countries, it is also possible to easily divide the route and use different methods of transportation on the way.

Shipping from Turkey to France

Airfreight from Turkey to France

Airfreight is, without a doubt, the fastest option for shipping cargo between the countries. There are two options of shipping available: express and regular. This method is recommended for smaller shipments; it is also suggested for highly valuable and fragile products, as generally, this method is the safest.

In Turkey, the biggest cargo airports are in Istanbul (Atatürk) and Ankara (Esenboga).

France is home to the largest cargo airport in Europe: Charles de Gaulle International Airport, located in Paris. In 2019, it handled over two million metric tons of cargo, making it the busiest cargo airport on the continent. Some of the companies operating the route are Turkish Cargo, MNG Airlines, FedEx Express, and Air France.

Sea freight from Turkey to France

Shipping cargo by sea is usually the best option for many importers. The transit time is long, but it is more cost-efficient than airfreight. If you pick this method, you still need to choose between LCL (Less Than Container Load) and FCL (Full Container Load) shipping. LCL is recommended for smaller shipments that are not urgent and is usually more cost-effective; FCL is best for larger cargo, which needs to be delivered by a given date.

As trade between Turkey and France has been well-established for many years, most companies operating on this route have extensive experience.

Many logistics companies on the Turkey-France route offer many services, like organizing the transportation, providing pickup and delivery, and taking care of customs.

Land freight from Turkey to France

There are different methods of transporting cargo by land; it can be done using rail and road freight. When it comes to the second, many companies run trains on a regular schedule. We recommend contacting a specific company and negotiate the details of transporting the cargo.

Many companies also offer multimodal transport (only one provider), road, rail, and sea freight to get the best route possible.

This being said, Turkey is heavily investing in building new rail tracks and routes which will benefit rail freight in the future. Multimodal transport will likely become less and less prevalent in the upcoming years.

How much does shipping from Turkey to France cost?

With such a wide arrange of possible transport methods, the price might vary a lot, especially that you also need to consider the type of cargo and its properties. To see how much the price might round up, you can fill a form on ShipHub to receive a valuation specific to your chosen method of shipping goods. Here are some examples of filled forms:

Both Turkey and France have a lot to offer. With a history of trade and a stable connection both through land and the Mediterranean Sea, shipping products from Turkey to France is quite simple. All the potential importer has to do is know all the possible transportation methods and choose the best option for their shipment.