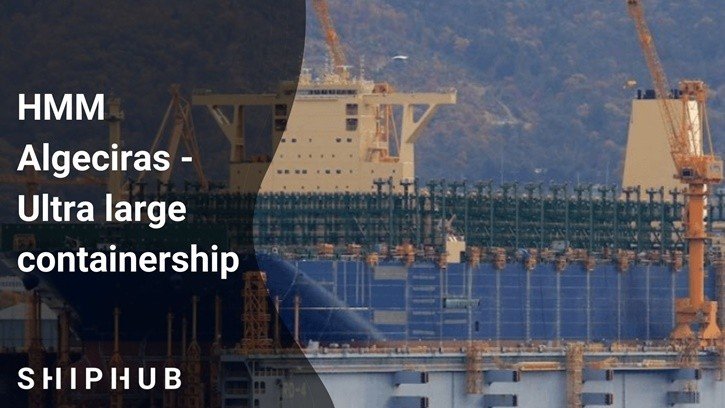 The HMM Algeciras ultra-large containership is the first of a series of ships ordered by the Hyundai Merchant Marine (HMM), a South Korean shipping company. The reception of the vessel from the Daewoo Shipbuilding & Marine Engineering shipyard is planned for summer 2020. The capacity of the ship is 23,964 TEU, which will make it the largest container ship in the world.

Over the years, the company has added various types of ships to its fleet: container ships, bulk carriers, tramp ships. Thus, it increased its importance in the international market. As a result, the HMM structure allows the generation of stable revenues, despite changes in some areas of the shipping industry.

PSA HPNT Terminal (Wharf 4) in Busan is the home port of the HMM company. In addition, the shipping company owns 50% of the shares in this terminal. The rest of the alliance’s fleet is in use at the PNC terminal (Wharf 2) at the new port in Busan.

On April 1, 2020, HMM is expected to start operating as an official member of THE Alliance – one of the three major shipping alliances in the world. It means that HMM will share the cargo space with German Hapag-Lloyd, Japanese ONE and Taiwanese Yangming. It will also launch a total of 12 super containers with a capacity of 24,000 TEU each. They are under construction at Samsung Heavy Industries and Daewoo Shipbuilding & Marine Engineering (DSME).

According to Alphaliner estimates, in 2020, HMM plans to add about 34 ships to its network, thus increasing the cargo capacity by 519,000 TEU. Besides, another eight 15,000 TEU ships are to be added to the fleet in 2021. These vessels will probably run on the Asia-USA route, on the east coast from the second quarter of 2021.

The container load capacity of 20,000 TEU was first surpassed in 2017. Since then, new records have been set many times. Ships capable of transporting up to 25,000 TEU are yet to be built. Companies such as Hapag-Lloyd, Cosco and ONE (Ocean Network Express) place subsequent orders for vessels. It is, therefore, possible that HMM Algeciras will not hold its title as the world’s largest container ship for too long.