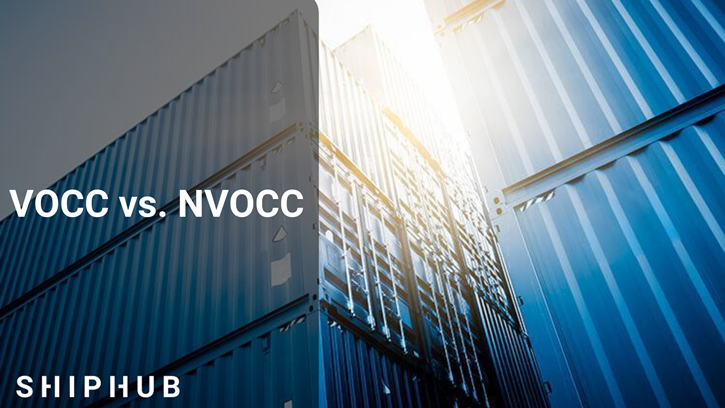 Other terms useful to the ones handling the import of Asian goods, transport, or logistics are VOCC and NVOCC. These two describe the status of maritime carriers. There are some substantial differences between VOCC and NVOCC, which are explained below.

To put it simply, VOCC is a public maritime carrier with its own fleet. It is a common term for shipping companies that own vessels and lease them to other entities. It is the ship operators who are responsible for monitoring the cargo, as well as for safely transporting it to the right port at the right time. The ship operation and all related aspects are also the responsibility of the ship operator.

Called virtual shipowner, it is a public maritime carrier without its own fleet. Lack of fleet means that NVOCC has to lease cargo space from shipowners (such as the United Arab Shipping Company or, the largest in Asia, COSCO Shipping Corporation based in Shanghai).

Due to the lack of its own ships, a virtual shipowner has to conclude agreements with shipping companies and provides service on their basis. Carriage on NVOCC is conducted by means of House Bill of Lading (also known as BOL or B/L). It is a type of Certificate of Loading, which confirms the collection of a specific cargo and obliges the carrier to deliver the cargo in the port of destination to the hands of the Bill of Lading holder.

The US government department, the Federal Maritime Commission, is responsible for regulating the NVOCC legislation in the USA, i.e. what conditions must be met by American and foreign companies in order to be approved to act as NVOCC in transport to and from the United States.

It is best to search for licensed NVOCC forwarders in verified sources such as http://www.fmc.gov/.

Transporting with NVOCCs is increasingly popular in shipping goods from China.

It is worth noting that there is a substantial difference between a freight forwarder and an NVOCC forwarder. It is the responsibility – NVOCC always issues a Bill of Lading, whereas a freight forwarder does not. Freight forwarders are not responsible for losses incurred during the transport of cargo. Instead, their duty is to receive bills of lading from shipowners and secure the formal part of such an agreement. A freight forwarder is supposed to represent the customer and select the most advantageous transportation offer. In practice, many companies act as both carriers and forwarders. That being said, this is not a general principle and one should remember about the division of duties between those two entities.