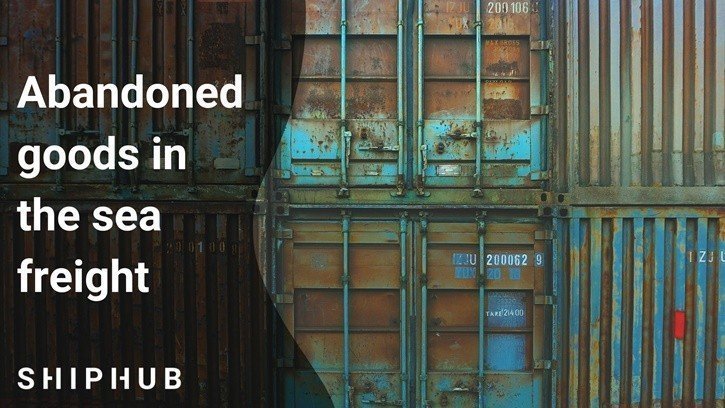 Abandoned goods are goods that have not been accepted or declared by the recipient or goods which cannot be delivered due to error or negligence on the part of sender, recipient, or owners, as well as such products for which within 30 days of its departure was not issued. In the article below, we will discuss the issue of abandoned goods in maritime transport.

Storage of goods in ports

In the maritime transport sector, particular attention should be paid to storage. Any container that remains in the port loses money, so ports do not want to store the container for a long time.

After the container has left the ship’s deck, the recipient has time to collect the goods before they are considered abandoned.

When will the goods be considered abandoned?

The goods will be considered abandoned when:

Containers are abandoned for many reasons. The main of them are:

It often happens that the demurrage charges are very high, so it is more profitable to give up the goods than to bear the costs.

Abandoned containers – What next?

Abandoned containers can be a serious problem for the shipping line, mainly due to storage costs. The best solution in this situation is to get rid of the goods inside it quickly.

Shipping lines put goods up for auction so that they can re-use containers as soon as possible.

At the moment when the recipient does not take delivery on the terms of the bill of lading issued following the type of shipment and applicable law, he can pledge the load, thanks to which he can recover part of the costs allocated to storage, downtime, freight and handling charges.

The bill of lading usually contains relevant provisions according to which, if the customer, consignee, or owner fails to deliver the goods on time, shipping companies are entitled to dispose of the goods for the customer and in their direction.

At the moment when the parcel is not picked up, and the delivery of the goods is impossible, the carrier shall notify the relevant persons indicated in the bill of lading.

By proper instructions given to the carrier by the shipping company, he will return the parcel to the sender or dispose of it in another way (at the expense of the recipient or owner). After ten days of sending the message, the carrier may take appropriate steps.

It is very common for seasonal goods producers to send goods blind to Europe. In this way, they want to be as close to the potential outlet as possible, hoping that they will immediately find a buyer. This applies in particular to cheap goods.

If the product is not sold in its entirety, returning it is unprofitable. Thus, unwanted goods remain in the port and can be sold.