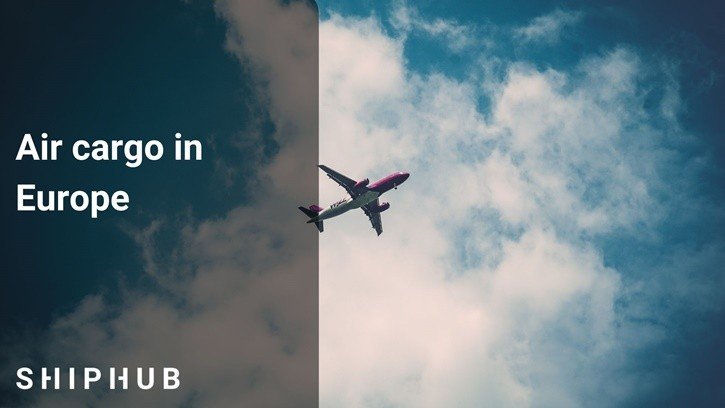 It turns out that the air cargo market has enormous potential. This is primarily due to reduced travel costs in many markets and an increase in the middle class in emerging markets. For this reason, along with the increase in passenger traffic, the global medium-term forecasts of ACI (Airports Council International) also predict an increase in demand for air services in the years 2018-2023 by almost 30%.

Cargo transport is a special transport service that allows you to transport goods to anywhere in the world. This type of service is provided, apart from passenger transport, by scheduled airlines. This allows animals, large amounts of luggage, and various types of goods to be transported by air. Well, lightweight and valuable products such as electronics and medicines are transported in aircraft. Because of their value, they account for over a third of total international trade. However, it is estimated that only about 1 percent of the total number of goods in the world is transported by air.

The air traffic situation in 2018

At the 11th Annual Conference and Exhibition on Airport Economics and Finance in London, Airports Council International (ACI) World published its preliminary global airport traffic rankings covering passenger traffic, cargo volumes, and aircraft movements. It turns out that the air cargo market is not doing as well as passenger traffic. At the end of 2018, there was an increase of 3.2%. It is worth noting that in the previous year, the increase was more significant. This is mainly due to global trade tensions between the United States and several of the country’s closest trading partners.

Although data from the International Air Transport Association (IATA) showed that cargo traffic worldwide increased by 10.4% in the first half of 2017, the latest data from the International Airport Council (ACI) in Europe showed that the amount of cargo fell in May 2019 by 2.2%. This means a decrease in cargo traffic at European airports for the seventh month in a row. However, at airports outside the EU, the decrease was 1.6%, but in the first five months of 2019, the decrease was even 2.6%. Besides, among the top 10 European freight airports, only Madrid (4.5%), Liege (3.7%), Paris CDG (3.1%), and Frankfurt (0.6%) recorded an increase in freight traffic. The busiest cargo hub in Europe – Frankfurt, recorded freight traffic during the month, reaching 174 849 tonnes against a 2% decrease in the first five months of the year. In addition, ACI Europe noted that in May last year, the Paris CDG airport (the second busiest cargo hub in Europe) was affected by Air France strikes, a 0.9% decrease was recorded there as well.

Also, Heathrow recorded a 7% decline to 134,028 tonnes, with a sharp decline in traffic to North America, as well as declines in the Asia-Pacific region and the Middle East. However, at Schiphol airport, freight operators were looking for alternative gateways (arrival and departure points for international shipments from the country) due to a shortage of air slots, which resulted in a 7.6% drop to 133.648 tonnes compared to previous years. Unfortunately, it turns out that we are facing a situation where demand exceeds the available airport infrastructure.