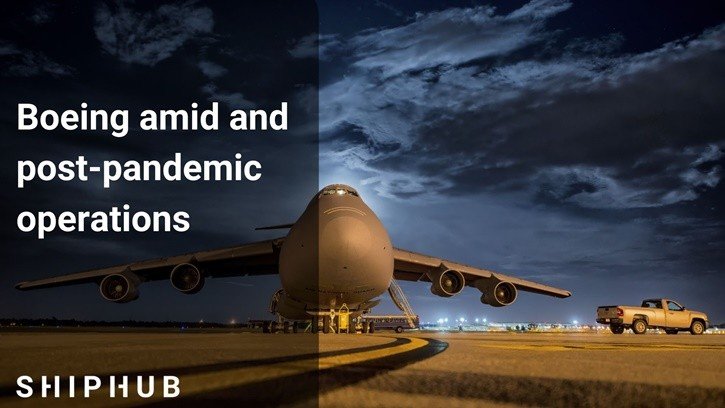 The aircraft industry suffers a huge blow due to COVID-19 and pandemic-related restrictions. Currently, it has to recover from the effects of a ninety-five percent drop in air traffic. Boeing has announced that it formed a new group to help to restore the company’s production and supply chain operations to a pre-pandemic level.

Boeing amid and post-pandemic operations

Boeing is one of the largest global aerospace manufacturers. Within it, the new group called Enterprise Operations, Finance & Strategy, is to begin its operation on May 1st. The Boeing CFO Greg Smith will oversee the group. The group consists of multiple teams responsible for manufacturing, supply chain and operations, enterprise performance, finance strategy, services, and administration. Its goal is to make better the company’s conditions as one of the crucial elements of the aerospace manufacturing industry.

The company is also merging its legal and core compliance programs into a single organization, that will be led by Brett Gerry. That, along with other changes, will help to reach greater alignment among Boeing’s functions and better serve its customers.

This aviation concern stated that it had delivered 50 planes in the first quarter of 2020, which is the lowest since 1984. Besides, Boeing is 99 shipments behind last year’s total for the first quarter. The company reported a first-quarter loss of $641 million, a 26% loss. For example, 737 Max aircraft reportedly will not fly until at least mid-2020, and its deliveries have been suspended for at least a year due to two deadly crashes.

Because of the problems with liquidity, plummeting demand as well as logistical difficulties in delivering aircraft, Boeing has been forced to cut production for the time being. It has caused issues for Boeing’s suppliers, which largely depend on the aircraft manufacturer. As the markets are closed, there is not much opportunity to cope with the pandemics effects. The company expects to need $60 billion in government support. The federal CARES Act stimulus package included $17 billion aimed at the company. Besides, Boeing was awarded a $1.5 billion contract by the U.S. Navy. The contract includes eight aircraft for the U.S. Navy, four aircraft for the Royal New Zealand Air Force, and six aircraft for the Republic of Korea Navy.

When the world recovers from the pandemic, companies will have to adjust to the new reality. It may mean a different size of the commercial market and the demand for new types of products and services. One measure that has to be taken is a necessary voluntary layoff program. Boeing must cut about 10% of its workforce, which converts to 16,000 employees. The company will slash production of its main commercial planes, including the 787 and 777, and slowly resume the production of 737 Max.

According to CEO Dave Calhoun, it could take up to five years to see pre-pandemic passenger traffic levels. The aircraft industry has a tough battle ahead.