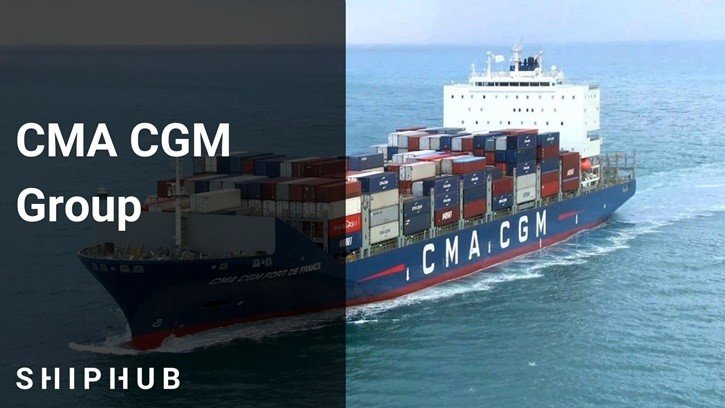 CMA CGM is an abbreviation of Compagnie Maritime d”Affrètement. This French company is transporting and shipping containers around the world. The transport group is one of the nine largest ship owners who control 87% of the global fleet. It ranks 4, after Maersk Line, MSC, and COSCO, in the general classification. The company discussed in this article uses 200 shipping routes between 420 ports in 160 different countries. It handles 509 ships. The company’s headquarters is located in Marseille, and the North America branch is located in Norfolk, Virginia, United States.

It is currently handling 509 ships from 420 ports in 160 countries and is managing 37,000 dedicated employees who are working in 755 offices around the world.

After two world wars, both companies became ‘public company in the competitive sector’ (“Entreprise publique du secteur concurrentiel”). This meant that although the enterprises were state-owned, they acted as private, profit-oriented enterprises. In 1996, CGM was privatized by the French state under President Jacques Chirac and Prime Minister Alain Juppé and sold to Compagnie Maritime d’Affrètement (CMA – founded by Jacques Saadé in 1978) to form the CMA CGM.

After the fusion and reorganization, CGM line services were managed by four separate trade divisions: North America and the Far East (AMNEO, for Amérique du Nord & Extrême Orient), which also managed mass fleets and tankers, South America and the Caribbean (AMLAT), the Pacific and the Indian Ocean (PACOI) and short-haul (cabotage). In 1998, CMA CGM expanded after purchasing Australian National Lines (ANL). Thus, from one ship, four employees and one sea connection between Beirut, Latakia, Livorno, and Marseille, within several decades, CMA has become one of the world’s leading container and transport groups.

In 1986, CMA expanded its navigation routes from Northern Europe to Asia, and in 1992 opened its first office in China. In 2018, after the ratification of OCEAN ALLIANCE (the largest operational alliance between shipping companies in history) and the nomination of Rodolphe Saadé as chairman and CEO, the CMA CGM group celebrated the 40th anniversary of introducing a new series of global initiatives.

The group is promoting itself as a family business powered by strong human values. In 2018, the CMA CGM group began a new era based on four strategic pillars: Customer-Centricity, Maritime, Inland and Logistics development, Innovation and Digitalization, Agile Organization and Human Expertise. Fundamental values that guide the company are written in the Code of Ethics:

Boldness: Go beyond the limits
Initiative: Dare to progress
Imagination: Constantly adapt to be the best in our field.
Integrity: Continually strive for sustainable prosperity.

In 2005, the company founded the CMA CGM Corporate Foundation for Children. The foundation aims to improve children’s lives. It has three missions: improving the daily lives of sick children, promoting equal opportunities for children with poor backgrounds, and encouraging the personal development of disabled children.

It turns out that over the years, CMA CGM and its subjects have been the victims of various incidents related to the transport of arms. Well, in October 2010, the Nigerian authorities took over 13 containers carrying illegal Iranian weapons at the Apapa Port in Lagos. The captured containers turned out to contain 107 mm artillery rockets (Katyushas), explosives and ammunition. Also, the target point of the consignment was probably the Gaza Strip. The CMA CGM group made a public statement saying that they had fallen victim to a false cargo declaration. It was claimed that the weapon was sent in parcels marked as ‘glass wool and stone pallets’ and that the Iranian consignor ‘did not appear on the list of banned people.’

However, this time in March 2011, Israeli forces intercepted another ship belonging to the CMA CGM. The report showed that the Victoria ship carried “about 2,500 mortar shells, almost 75,000 bullets, and six C-704  anti-ship missiles.” Israel said Hamas Gaza Strip controlled the final destination of the cargo.

As a result of the links between CMA CGM and Iranian arms smuggling, US Congressmen urged CMA CGM to control and verify the company’s operations. The US Treasury Department was called upon to consider imposing sanctions on the freight forwarder. Since then, CMA CGM has implemented more stringent procedures for accepting shipments intended for Iran (for example by scanning all containers for transport). In November 2011, CMA CGM also ceased exporting from Iran.