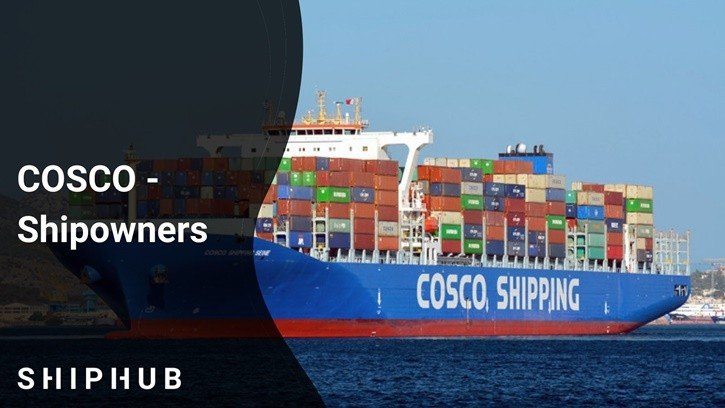 COSCO is a Chinese state-owned company with headquarters in Shanghai. The abbreviation comes from the China Ocean Shipping (Group) Company. The company is also known as COSCO Shipping Corporation Limited or COSCO Shipping Group. It is involved in various business sectors with a particular focus on integrated logistics, maritime transport, financial services as well as equipment manufacturing. Besides, in 2012, it was one of the 15 largest brands in China.

The company was formed by the merger of the COSCO Group and China Shipping Group in January 2016. The merger was mainly caused by a downturn in some sectors of the maritime industry, which began in 2013. That resulted in a slowdown in the container and marine transport industries. Many factors have contributed to this, such as low global GDP, slow trade, overcapacity of vessels, overstretched retail stocks in the United States, and reduced demand for container transport. In this way, the profits of both groups were significantly reduced, and the lack of improvement in the market situation led to their unification. At that time, according to some sources, the transitional phase of the merger frustrated many customers, causing a temporary drop in profits.

COSCO SHIPPING Lines Co., Ltd as a company is involved in international and domestic container shipping and related services. The integration made it possible to expand the business activity and thus strengthen the company’s position in the industry.
By the end of 2018, the company owned a total of 376 container vessels with a total capacity of 2.1 million TEU. That provided COSCO SHIPPING Lines with the 4th place in the world and the 1st place in Asia. Also, the Group operated 362 international and domestic shipping routes, consisting of 228 international services (including international feeder services), 47 local services, 87 transport services on the Yangtze River and Pearl River, including 329 ports in 100 countries and regions around the world.

A company currently consists of several business clusters; one or more subsidiaries manage each of them.

The vision of the company is multifaceted. According to its assumptions, the company is to become a leader not only in shipping, but also in logistics, finance (including ship leasing, shipping insurance, and supply chain financing), and even in the production of marine equipment.

In July 2018, the company experienced by cyber-attack that affected internet connections in US offices. Local e-mails and network phones were not working. According to the findings of the investigation, the incident was classified as a “ransomware attack”; (a type of malware that blocks access to a computer system or makes it impossible to read data stored on a computer). The company informed that the main operating systems were stable and that the event did not affect the operation of the ships. However, the company’s terminal in the Port of Long Beach was breached.

Also, it is worth noting that the company in question is one of the largest shipowners in the world.