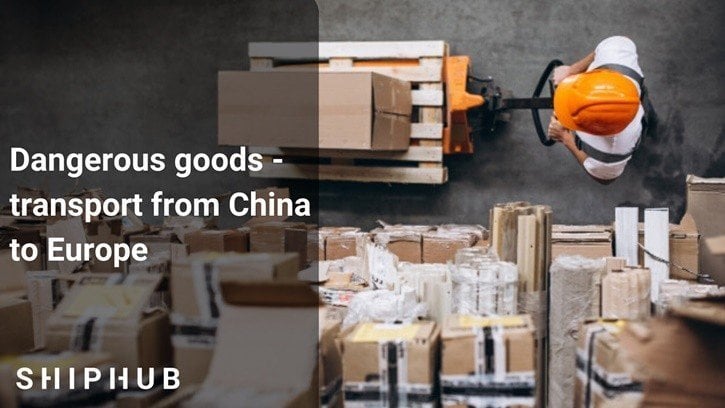 It turns out that not all products can be imported from China. This is due to the different criteria for the transport of dangerous goods. Due to differences between the laws in force in different parts of the world, some goods are not allowed for international transport.

According to international regulations, the transport of hazardous materials can take place by any technically prepared mode of transportation. Depending on the type of transported goods, there are guidelines on which mode of transport is the most appropriate. For example, products such as explosives, poisonous gases, flammable liquids, or radioactive materials are not allowed at all for sea transport. That is why in Europe is a legal division into a mode of transport by road ADR, rail RID, sea IMDG, air ICAO/IATA, and inland ADN. It is worth noting that changes to the regulations are updated every two years, except for air transport (IATA), which is updated every year.

Differences between Europe and China

It turns out that China is not part of either the CMR Convention (Convention on the Contract for the International Carriage of Goods by Road) or the ADR Convention (European Agreement on the International Carriage of Dangerous Goods by Road). For this reason, we have different definitions of load classes in Europe and Asia. Although in one country goods are considered safe, in another they are already classified as dangerous goods. Therefore, if you want to import hazardous goods from China to Europe, you should check whether it is following by European law.

When transporting dangerous goods, you certainly cannot forget about the Safety Data Sheet. This document contains information on the hazards that a substance can cause, as well as necessary information about it. Also, you can find descriptions of what to do if the substance is contaminated. Besides, it is worth remembering when sending dangerous goods (such as flammable aerosol, radioactive substances, lithium batteries, etc.), it should be marked accordingly. It turns out that this is not only legally important but also significantly facilitates the management of shipping processes for all entities involved in the supply chain. Besides, it is good to provide the sender’s 24-hour telephone number, as well as the country and area code. So in an emergency, you can contact them to determine the course of action.

Rail transport is one of the best-adapted modes of transport for transporting hazardous materials. This is due to the specifics of traffic organization and the security transport used with this method. In Poland, rail transports are using mainly for oil and petroleum products (gasoline, diesel fuels), technical gases (mainly propane-butane), and sulfuric acid. This is due to the information provided by the Office of Rail Transport. In the meantime, this may change soon. According to reilfreight.com, the Chinese government is tending to lift restrictions on the transport of dangerous goods by rail between Europe and China. Until now, this was not possible due to too low earnings while bearing relatively high risk. However, the demand for electric cars has been increasing recently. It turns out that the growing importance of the electric transport market may influence changes in Chinese restrictions. The planned changes in the legislation of China are to enable the import and export of batteries and accumulators for the automotive industry. However, it is worth noting that the permission to transport this type of product opens the way not only for electric cars but also for electric bikes, laptops and other electrical equipment.

More about dangerous materials you can find here: