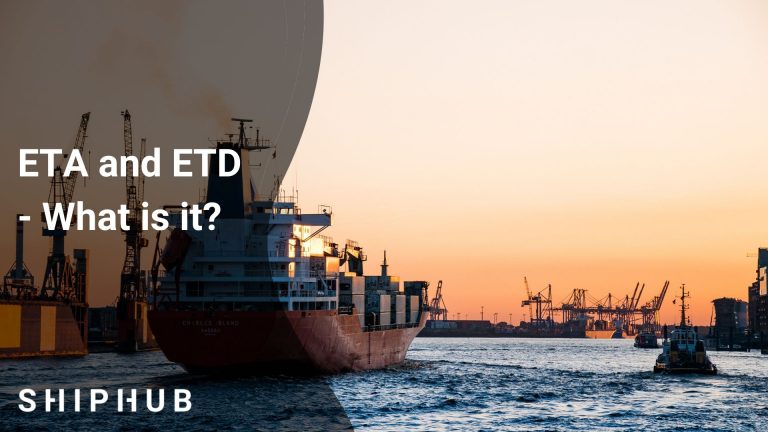 In maritime transport, it is often difficult to precisely determine the time of arrival or even the departure of a ship from port. This is due to many factors with which the ship comes into contact during the sea voyage. For this reason, the abbreviations ETA and ETD have been created, which provide approximate dates of the ship’s journey.

What does Estimated Time of Arrival (ETA) mean?

Estimated Time of Arrival (ETA) is the period within which a specific vehicle reaches its destination. It is a transport term that determines the remaining time at which some aircraft, cars, vessels, or emergency services will reach their destination. In simplified terms, it, therefore, informs the customer of the time during which the shipment can be expected. Thus, the term is intended primarily to inform about the planned duration of the transport of the goods, before it reaches its destination.

ETA is also used metaphorically in situations not related to the physical transport of goods, but rather as an estimated description of the time needed to complete the task. It follows that the abbreviation ETA is not only used for maritime transport. For example, a flight can be calculated based on the ETA speed with which airplane flew the distance traveled so far. The remaining distance is divided by the previously measured speed to estimate the arrival time roughly. This particular method does not take into account any unexpected events (such as new wind directions) that may occur on the way to the destination.

It is also often used in business environments. For the importer, knowledge about the ETA of products is important. Similarly, the company manager wants to know the ETA of tasks performed by his subordinate, and the consultant informs clients about the ETA of his projects. In computer science, ETA is used for calculations made by a computer program. Besides, emergency services provide the patient or healthcare facility with information about their estimated time of arrival so that they are adequately prepared to participate in the rescue operation.

In the case of transport, the ETD provides information on the day on which the consignment leaves the previously mentioned seaport or airport. Thanks to this, the forwarding agent collecting the parcel or the customer can track the status of the parcel.

There is no doubt that one of the most common uses of ETA is public transport, in which the movements of trains, buses, planes can be used to generate estimated time of arrival depending on the static timetable or traffic volume measurements. Therefore, it is often associated with the concept of ETD – estimated departure time, which acts as a supplement to transport information. Thereby indicating the estimated time of departure. This information is often supported by the passenger information system as part of the integrated intelligent transportation systems.