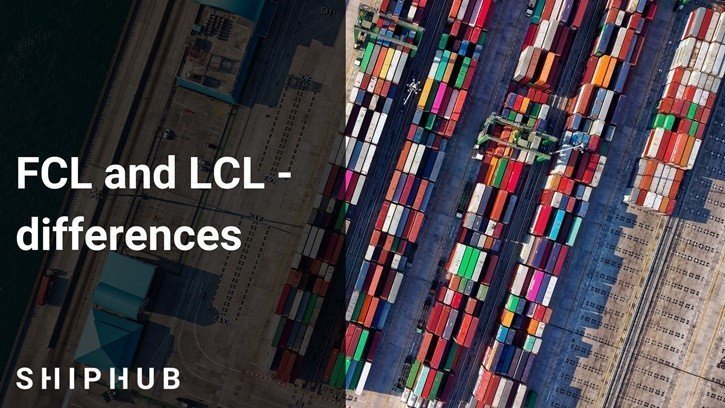 Many companies conducting international trade have a dilemma as to what type of sea or rail transport is best used by importing or exporting goods. By sending our products by sea, for example from China or by rail to European countries, we have to consider between choosing FCL and LCL. Taking into account the volume, weight, and also quantity of goods, we can choose the best form of our product: full-container or groupage.

When we import products from China by sea, however, we must be aware of the waiting period. We will probably receive the cargo not earlier than 30 days after the departure of the ship from the port. The ‘award’ for patients is a much lower price for sea freight than air freight. The choice between FCL and LCL often depends not only on the size of the load but also on the wealth of the enterprise sending it. Many transport companies carry out door-to-door or port-to-port container transport and also organize containers for loading in places indicated by the customer.

FCL (Full Container Load) stands for full container transport. Larger companies chose this transport option. We talk about this rule when the whole container is used only by one recipient/sender. What is more, it is a good choice if we carry larger loads, which are often undersized. In this case, we buy their container, regardless of whether we use its entire surface or capacity.

The LCL (Less Container Load), referred to as general cargo, means the transport of smaller goods in a smaller quantity. We use only part of the container here, sharing the space with shipments owned by other companies. Entrepreneurs implementing smaller imports more often choose it. We choose this option when, for example, we buy small batches of goods at different times and places. Usually, it’s used in transport not exceeding 12 tons. Furthermore, the costs of such freight depend on weight and volume. The port for this type of transportation is a consolidation warehouse, which is responsible for loading loads for various recipients and then sending the container to the destination port. The waiting period is about two weeks longer than in the case of FCL.

When it comes to the selection of containers, we have many options with different volumes. We present a few examples:

Containers are selected for the volume and weight of loading. Many Chinese companies produce goods in the amount already chosen for the limitations of container data. All transports can be planned for a long time before their implementation because freighters sail according to strict distribution. These ships call only to the largest European ports, and then they are reloaded to smaller ships, sailing further.