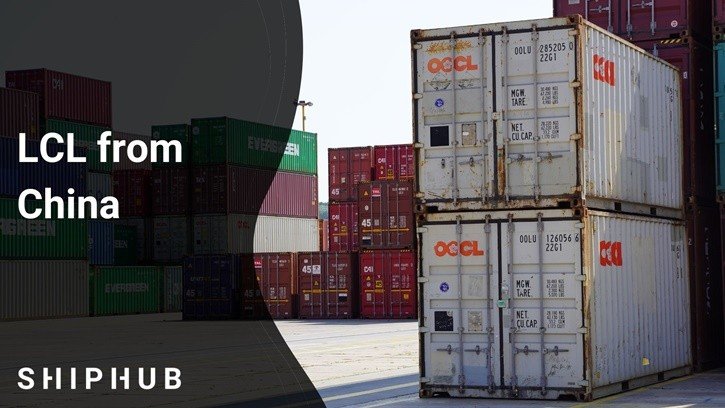 General cargo is a product of the shipping industry, which is also referred to as LCL (Less than Container Load). It is an interesting alternative for small enterprises which do not need to transport the entire container by sea , and also think that air freight is too expensive and unprofitable. Moreover, LCL from China is becoming a more and more popular method of transporting goods. That is why you can check how it looks like and learns more about it.

LCL – what exactly is it?

General cargo is an easy shipping method that allows you to import small quantities of goods on beneficial terms (in particular when it comes to price). This is the so-called consolidation charge. Of course, you can transport loads weighing several tons (in many cases even up to 10 tons), but those will not fill the entire container.

This is why LCL is the most popular method of import goods from China.

Both imports from China and exports of goods to China are becoming more and more popular around the world. Many companies want their shipment to be carried out safely, efficiently, and cheaply. Sea cargo turns out to be an interesting solution for cheap transportation of products from China. This method is most often used by small and newly created enterprises, which (in the case of using LCL) do not need to employ intermediaries.

Choosing the LCL method will allow you to minimize shipping costs because there is no need to rent the entire container to import small quantities of goods.

Thanks to the use of LCL, you will also incur lower costs resulting from container storage.

It is also a very advantageous option for freight forwarders, who, thanks to this, have the chance to fill the entire container, placing shipments of various customers.

LCL is also a good option for people buying at different places and at different times. Many companies offer a combination of goods from 5-6 Chinese manufacturers.

It is worth noting, however, that the cost of each shipment sent by sea depends on several important factors. The two most important factors that determine expenses of the freight itself are primarily the departure and destination ports of the order, as well as the dimensions of the shipment.

The price of the freight itself should also include additional costs, which are often variable and independent of the shipping company. These include fees primarily:

The time of sea transport (which also includes the LCL method) usually lasts about a month.

In fact, the time needed to transport goods consists not only from the transport from one port to another but also from the time that should be allocated to loading the container, loading it onto the ship and then unloading at the destination port. The customs clearance issue also affects such a long shipment time.

Before you start importing or exporting goods, it is worth familiarizing yourself with sea cargo. LCL can be a beneficial and convenient method of transport for many companies.