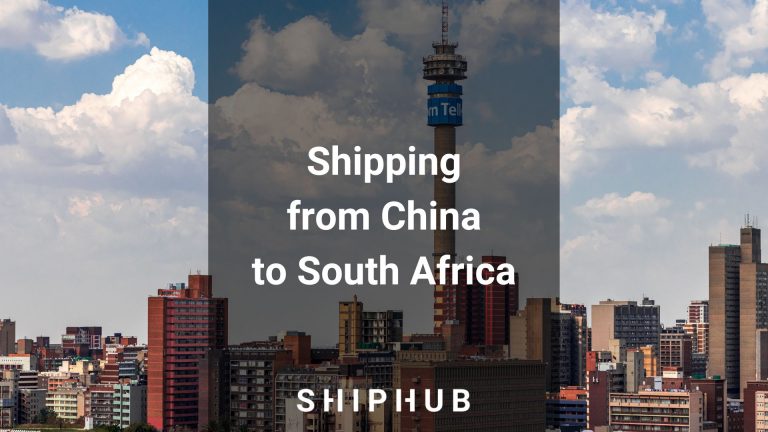 Sino-African political relations started long ago, around 220 BC. Historians mention two separate routes the Chinese used to trade with African countries: the Silk Road and the Indian Ocean Trade.

From the 1990s, China started to deepen its economic relationships with South Africa. In 2010, South Africa joined an international organization called BRICS. Members of BRICS are the most prosperous and fastest developing countries. In 2019, South Africa signed the Belt and Road Initiative. The Chinese invest a lot in African countries, and imports from China are popular.

Shipping from China to South Africa – modes of transport

Sea transport is, and has always been, the most common way of transporting goods from one country to another. It is relatively cheap but not the safest option, so it’s good to insure your cargo beforehand.

When it comes to shipping from China to South Africa, it is possible to book FCL shipping (Full Container Load) or LCL shipping (Less Container Load). The difference is that if you decide to go for FCL, only one exporter/importer books a whole container. For the LCL, there are more companies that share the container, so the shipping process takes longer.

How long does it take to ship from China to South Africa?

Ocean shipping generally takes less than a month, around 26 days. Various factors, such as holidays, weather, distance and port services, or custom clearance, can disturb the process, but it should not take longer than a month.

As the distance between Shanghai and Cape Town is about 13,360 miles (21,500 kilometers), air transport is the second option. Shipping goods by a cargo plane is the most profitable for food with a short expiration date or premium class/precious goods, such as jewelry or furniture. It is safer and faster than sea shipping, but also more expensive.

How long does air freight from China to South Africa take?

It takes around 5 days to ship goods by plane. It might be affected by several factors, such as weather, flight delay, or custom clearance, but in most cases, it doesn’t take longer than one week.

Depending on which way of transport we choose, prices can differ a lot. Making the final decision based solely on our cost calculations may be difficult. Thanks to ShipHub.co, it has become easier and faster. After requesting a free quote, you can check out various forwarders, compare their offers and choose the best one.