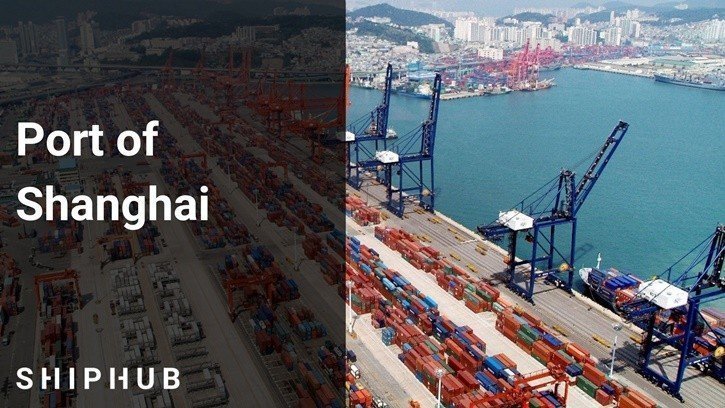 Sea transport is one of the most important forms of transport in the modern world. In this matter, ports play a significant role. The Port of Shanghai is located near the city of Shanghai and includes a deep seaport and a river port. This port has also become the busiest port in the world. Besides, it is an important center of trade, business, and finance, which is characterized by highly developed infrastructure and a convenient network of freight and passenger connections.

The Port of Shanghai

The Port of Shanghai is also called SIGP (code CN SGH), as it is operated by the Shanghai International Port (Group). The company provides various port-related services for worldwide consumers.

The Port of Shanghai is the largest seaport in the world, which was put into service in 1842. Over the years, the place has grown to become one of the most important ports in the region. The port occupies an area of almost 4 km2.

The port is linked with the Yangtse River, reaching into multiple provinces of China. Thanks to the extensive access to Chinese seas and the oceans of the world, the port has become an important transport hub. It is undoubtedly one of the most important Chinese gateways for foreign trade. Ports are often referred to as a small city where we find numerous containers instead of houses.

In the Port of Shanghai, more than one-fourth of all cargo traffic in China is exported and imported. Through the port goes 99 percent of all Shanghai’s foreign trade.

In 1842 the port opened for international trade, as it became a treaty port under the Treaty of Nanjing. The port’s operation’s initial years were often described as very prosperous; however, when the communists came to power in the late 1940s, the traffic in the port dropped considerably. All of Shanghai entered an economic decline. At the same time, Hong Kong and Singapore and their ports flourished.

Over the following years, the container volume in Port of Shanghai remained low until 1991. During this time, regulations that facilitated international trade have changed. Until 2005, a huge infrastructure was created, allowing more ships to be taken. With the passing years, traffic in the port has also increased.

Ultimately, it became the biggest container port in the world. Although being on the top, it is continuously developed, handling more cargo every year. Now, the Port of Shanghai considered the world’s fastest-growing economy.

The biggest port in the world

In 2013, a total of 33 million TEUs were loaded and unloaded in Shanghai. The numbers are growing every year.

Besides, the appropriate port layout allows it to receive the largest container ships in the world. It has 100+ ton lifts, as well as fixed, mobile, and floating cranes. The port has at least 125 docks and 19 terminals. It has three break-bulk terminals and two bulk cargo terminals in the Luojing, Wusong, and Longwu areas. Its cruise terminal has the capacity to handle one million passengers every year. Only this port in China accepts IMO import cargo as LCL.

Some of the Shanghai port’s areas:

In 2017, container handling in the Shanghai port exceeded 40 million TEU. This result made it possible to beat the current world record in transshipments. Is has been setting records ever since.

As one of the world’s largest container ports, Shanghai’s port has seen an increase in transhipments by 142 percent between 2007 and 2016.

Last year, the port launched trial operations in a new, automated container terminal, described as the world’s largest unmanned terminal. The Yangshan Port can handle 4 million TEU and aims for 6 million TEU. Thus, the port of Shanghai wants to maintain its leading position among international shipping centers. Along the way, it invests in smart and green port’s development, making shipping more environmentally friendly.

The Port of Shanghai is a few ports connected. One of the most important of them is the Port of Jangsan, which is located on the island connected to the mainland by a special bridge. The Donghai Bridge was opened in 2005 and is 32.5 km long. It is one of the longest bridges in the world and is continually being expanded. The Donghai Bridge spans the Hangzhou Bay’s northern part and connects Xiaoyangshan Island in Zhejiang Province with the Luchaogang Town in Shanghai’s Pudong New Area. It connects the Yangshan Deepwater Port to the mainland.

In August 2019, the Port of Shanghai was named the ‘best-connected port in the world.’ UNCTAD decided to give it the title based on the port’s volume and technological innovation. It was followed in the ranking by the ports of Singapore, Pusan in Korea, and Ningbo in China.

Every month, more than 2,000 container ships depart from the Port of Shanghai, heading for various parts of the world. The port serves 281 shipping routes, covering the most important global links. Such a port is more attractive to shippers and carriers.

Shipowners serving the Port of Shanghai

The shipowners who serve the port include: