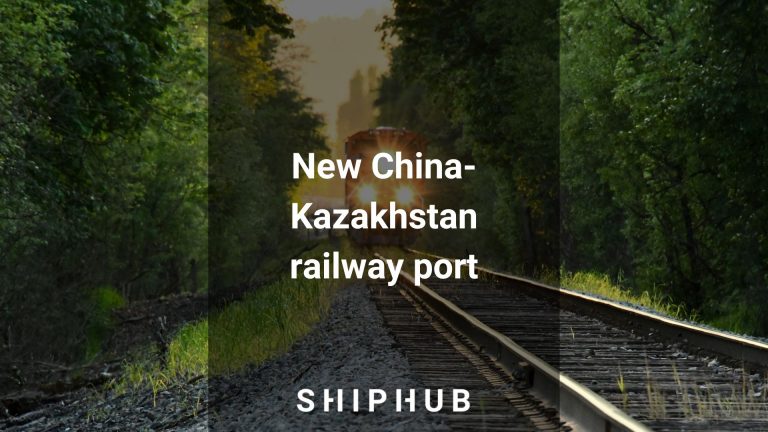 China is Kazakhstan’s largest trading partner, and over the last 30 years of partnership, the trade volume between these countries has increased 70 times. Two key railway lines on the China-Europe route pass through Kazakhstan, via the Alashankou-Dostyk border port and the Khorgos dry railway port. A new China-Kazakhstan railway port will soon be constructed north of the existing ones.

The third new railway port on the China-Kazakhstan route will be built between the Chinese port of Baketu (Tacheng in Xinjiang Province) and the Kazakh Abai Oblast (the border point is also called Tacheng-Bakhty). The location was revealed by the Kazakh ambassador to China, Shahrat Nureshev. However, it is not yet known when the project will begin. However, both sides hope the project will be implemented as soon as possible. The concept of the third terminal has already appeared in the China-Europe Express Railway Construction and Development Plan (2016-2020). Implementing the project is easier since the Karamay-Tacheng line was opened in 2019.

Freight rail traffic is more-or-less evenly distributed between the two ports of Alashankou-Dostyk and Khorgos, but it is not enough. Both terminals are often congested. 90% of the traffic is goods transported from China to Europe; the rest is regional rail freight traffic. In the event of high congestion, goods to Europe have priority over local deliveries.

More changes in the China-Europe railway

Changes are introduced at all aforementioned railway border points. Projects improving the existing two border points have already been implemented. Capacity at Khorgos, Central Asia’s largest dry port, has increased this year with a new set of railway tracks (1,435 mm). As a result, the port can handle twice as many trains a day as before (the number rose from 9-10 to 19-20 trains).

The capacity of Kazakhstan’s Dostyk railway port has increased since 2021. The new transshipment site in the port doubled the annual transshipment volume from 160,000 to TEU up to 320,000 TEU.

What does it mean for the trade?

Railway connections in the Belt and Road Initiative are one of the main themes in the region. The new railway port will strengthen economic ties between China, Central Asia, and Europe. Moreover, it will strengthen Kazakhstan’s position as a logistically crucial area. Eurasian rail freight will become even more efficient due to the cooperation of the parties.