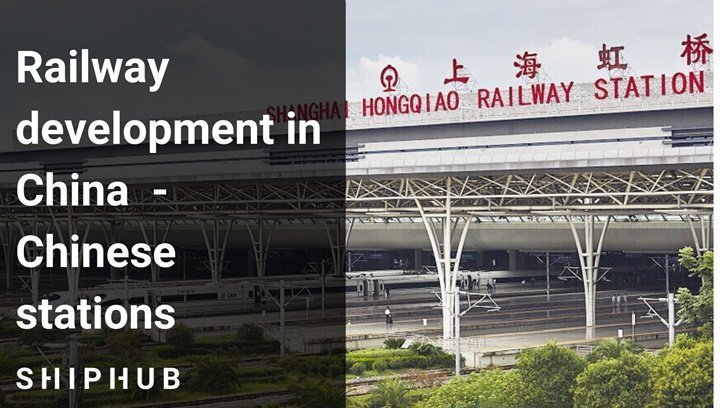 The origins of the Chinese railways date back to 1865. Railway transport is continually developing, new routes are being built, and new, bigger railway stations are being built. China is currently carrying out one of the most significant modernizations and expansion programs for railways in history to preserve the high position of the railways in the transport structure. Check how the station looks like in Beijing, Shanghai, Guangzhou, Xi’an, and Zhengzhou.

The Chinese plan to extend the railway network, expand existing ones and build new, bigger stations. In China, the railway is increasing at the highest level.

Speaking of the railway, one can’t omit the topic of railway stations. At first glance, they can overwhelm, because of their vast size, but contrary to appearances, they are very well organized.

We have prepared a list of the biggest stations in China, with short descriptions, which we present below.

The railway station in terms of its tracks is in third place in the ranking of Chinese stations. It has 30 tracks. This railway station was opened in 2010. It has a perfect connection to the Shanghai subway (more specifically lines 2 and 10), as well as with the Shanghai Hongqiao International Airport. Due to the connection to such an important airport for Shanghai, the station serves many passengers every day. It is a huge property that offers connections to various destinations throughout China. Every day at the station there is over 210,000 passengers.

The station is located in the Minhang district.

The construction of the station began in 2008 and consumed 2.3 billion dollars. It is one of the four main stations in Shanghai. The total area of the station is 1.3 million m2. It is not only the largest railway station in China but also throughout Asia. The station has four levels.

It is an underground level that includes an exit from the station and connection with other forms of transport. At level B1, there is a passage to the subway, a taxi rank, a bus stop and the passage to Terminal 2 for the Shanghai airport. We also find here many places where we can have a quick meal before traveling, among others KFC. At this level, ticket offices have also been placed.

Here are numerous tracks running through the stations. At the first floor, we will also find ticket machines.

We will find here more ticket offices, and we will also see a vast hall where we can wait for our train.

At the third floor, we find numerous fast-food restaurants.

It’s the central railway station in Beijing. It was commissioned in 1996 but was modernized in 2000. The station is located in the west of Beijing, in the Fengtai district. It was the largest station in China, with a total area of 510,000 m2, before the station in Shanghai was established.

There are 18 platforms at the station. Next, to the main entrances, we will find ticket machines.

Beijing Railway Station has a perfect connection to the metro (lines 9 and 7), as well as bus stops and the airport. We can also easily find a taxi rank.

This is the railway station located in Guangzhou, and more specifically in the Panyu District in Shibi. This large and modern railway terminal is located 17 km south of the center of Guangzhou. At one point it was the largest railway station in Asia when it began operating in early 2010.

It is the largest railway station in Guangzhou province and also one of the four largest passenger hubs in China. The number of passengers in 2020 is expected to be around 80.14 million.

The station in Guangzhou is known as a complex interchange. Passengers can easily use fast trains, metro, long-distance and local buses as well as taxis. Metro lines that reach the station are number 2 and 7. They are located at the bottom of the building. In the future, more lines will reach the station, including lines 18 and 20.

The station has 15 platforms and 28 running tracks.

The construction of the station was commenced on December 30, 2004, and on January 30, 2010, the station with services north to Wuhan was partially opened.

The station has four floors. Underground floor is the level of transport, where you will find buses, metro, taxi stands and parking spaces. On the first floor, we can find the arrival hall for both domestic and Hong Kong trains. Besides, on this floor, we can buy tickets, wait for our train or find the right bus or other forms of transport from the terminal.

On the second floor, we can find platforms. From this place, we can also take a train to Hong Kong. Also, there is a VIP waiting room here.

On the third floor, we will also find an area to wait for our transport, and we will also buy a ticket here, and we can visit a security checkpoint.

The total area of the building and station is 370 000 m2. The investment was 13 billion yuan. The height of the entire building is 50 meters. Besides, solar panels have been installed on the roof of the station, occupying an area of over 2 000 m2, which redirect power to the stations.

The station is located in the Weiyang District, in the north of Xi’an, and it is located less than 10 km from the city center.

The station, in terms of its tracks, is in the first place of Chinese stations. It has 34 tracks. Also, it is the largest railway station in Northwest China.

The station is connected to the city center via metro line number 2.

The construction of the station began on June 29, 2009, and was completed on September 28, 2012. A few months later, the route connecting Zhengzhou to Beijing was completed, where many trains are now moving.

The station covers an area of 350,000 m2. The construction of the station consumed 4 billion yuan. The station has seven floors – ground floor, three levels under the ground and three levels above the ground. On the third floor, there is a waiting room and a departure hall, while on the fourth floor there are many restaurants. The platforms are on the second floor. Arrival halls, exit from the station and parking are on the middle level, and those levels which are underground are designated for the subway.

Currently, the metro line number 1 operates on the station. The platforms for lines 5 and eight have already been constructed. In the future, it is planned to implement a cross-platform exchange between the lines mentioned above.

The Chinese are continually modernizing and expanding their railways, including railway stations. Many Chinese stations, due to their size and appearance, are similar to airports.

It is worth remembering that before we enter the waiting room, like at the airport, we have to go through adequate control. When you want to enter the main hall, it is necessary to show a ticket for the ride.

It is worth arriving at the station early enough to avoid being late for your train.