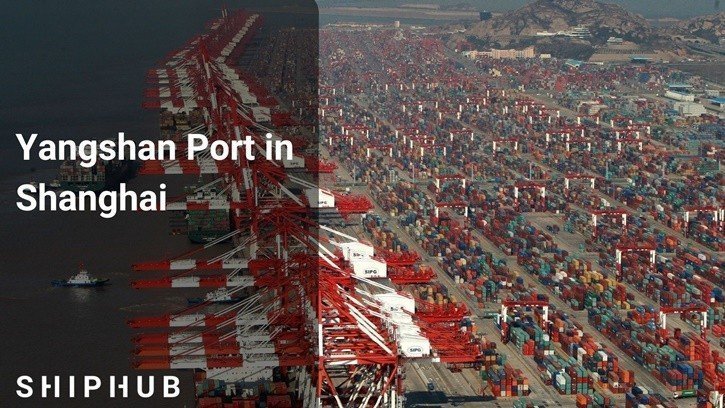 Since its establishment in 2005, the port has undergone four expansion phases. In 2002-2008, the total investments reached RMB 37 billion. At the end of 2017, the fourth phase was completed, increasing the capacity of the busiest port in the world.

The initial transshipment capacity of the new terminal was 4 million TEU, while the terminal’s aim is over 6 million TEU. One hundred thirty automatically controlled vehicles (AGVs) operate in the terminal, as well as numerous bridge cranes, gantry cranes, and other machinery. Installations covering a part of the area of over 2 million square meters were designed and manufactured in China, and their value is estimated at USD 2 billion.

The new, automated Yangshan terminal not only increases the efficiency of the entire port but also reduces carbon dioxide emissions by 10%. In result, the entire port can handle over 40 million TEU per year and is more environmentally friendly.

Through the opening of the new terminal, China shows how ports of the future may look like. An automated terminal replaces the workforce in repetitive activities. The system collects and processes data, then sends the corresponding instructions to the machines. Machines carry out orders without human intervention. A number of highly qualified personnel supervise the entire operation. Thanks to remote control, intelligent terminals have better performance and lower operating costs compared to the traditional ones.

Further plans to expand the port

The next project to develop the Yangshan Port will be completed in 2020. For instance, over 30 deep-water berths will be added. Shanghai International Port Group has signed a strategic agreement with the Zhejiang Seaport Group. The total investment of the project is over RMB 500 billion. Although the port of Shanghai is the largest in the world, it has been struggling with congestion issues over the past few years. It has been trying to solve this issue by increasing its handling capacity.

In 2019, more major lines were moved to Yangshan Port. It is also anticipated that more international trading and logistics companies will open at the port, expecting Shanghai to expand its free trade zone.

Check out our other article if you want to learn more about the Shanghai port and its history. You can also watch a video about Yangshan Deep-water Port in Shanghai.