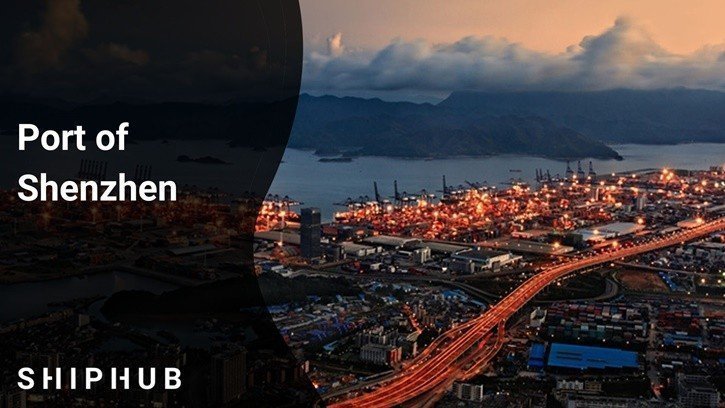 The Port of Shenzhen

The Port of Shenzhen is located in the south of the Pearl River Delta in China’s Guangdong Province. When it comes to international trade, it is one of the most important harbors for Chinese. The Port of Shenzhen is the collective name of several ports along the coastline of Shenzhen. It stretches along 260 km of coast. The port is also divided by the Kowloon Peninsula into two areas: the eastern and the western ports.

Around 40 shipping companies have their headquarters located in the port, which have also launched around 130 international container lines.

Besides, 230 international container routes pass through the Port of Shenzhen. Shenzhen is connected to over 300 ports in over 100 countries.

The annual transshipment capacity is about 194.9 million tons and 18.91 TEU.

Over the past 30 years, Shenzhen Port Logistics has had a huge impact on transport infrastructure, attracting foreign investment, and strengthening international trade.

The main port terminals located in Shenzhen are:

In the western port, there are located, for example, Chiwan and Shekou, while the busiest port of Shenzhen, which is Yantian, is located in the eastern port.

However, long-term plans include building six new ports to connect the port of Shenzhen to the port of Hong Kong.

The carriers operating at the Port of Shenzhen include, among others, Shenzhen Yantian Port Holdings, as well as Shenzhen Chiwan Wharf Holdings.

There are over 100 warehouse operators, 80 companies providing services related to boats, and over 2,000 transporting companies in the port.

The Port of Shenzhen would like to become a key port in China’s coastal transport and play an important role in trade with Hong Kong.

Shenzhen’s mission is to build a world-class harbor as well as a modern, safe, and sustainable environment-friendly port.

See also our previous article on the port of Shanghai.