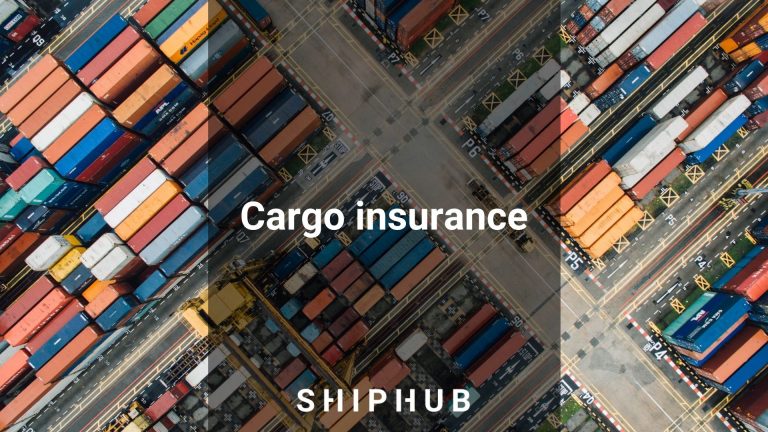 What should we do to protect our cargo during transport and loading? One of the most reliable methods of staying clear of potential losses is to take out the so-called cargo insurance. It protects the shipment from all independent of us, unfortunate events that could damage it. In this article, you will find everything you need to know about taking out cargo insurance.

Taking out cargo insurance makes it possible to receive financial compensation if the property (cargo) gets destroyed, damaged, or stolen during transport, loading works, or stockpiling.

Cargo insurance is divided into national and international. It is used when transporting goods by air, road, rail or sea.

It should be noted, though, that not all goods can be insured as cargo. Such objects as documents and artworks, as well as live animals, cannot be insured.

Who can buy cargo insurance?

Cargo insurance is also targeted towards companies that transport their goods or are the contractors for such transports. The period covered by insurance starts when loading of the cargo is finished and lasts until the start of unloading at the destination. If an external company performs the transport, it begins when the load is collected and lasts until it is handed over to the recipient specified in the freight bill.

Cargo insurance can be used in many various circumstances. It insures shipments from damages caused by forces of nature such as earthquakes, fires, heavy rainfall, or hurricanes. It can also include a clause concerning terrorist attacks or robberies.

What types of cargo insurance are there?

The range of insurance depends on its type. There are three options available:

The list is not exhaustive. Within cargo insurance, you can buy:

How much does cargo insurance cost?

The insurance cost varies on how much of the insurance was covered. The more it was, the higher the price. It is the reason why the cost also depends on the cargo type – for example, cargo containing electronic devices is more likely to be stolen than one containing pharmaceuticals. It is also worth noting that individual policies are more expensive than open cover and block policies when the actual amount of insured cargo is taken into account. Additionally, the block policy saves our time as it does not require us to report each shipment.

Taking out cargo insurance is not only additional protection but a sort of investment. Bearing in mind the potential losses related to losing goods, taking out insurance seems profitable.

If you’re still not convinced, you should read why it is essential to take out cargo container insurance. As a result, you will avoid huge losses, as there is always a risk of losing cargo.