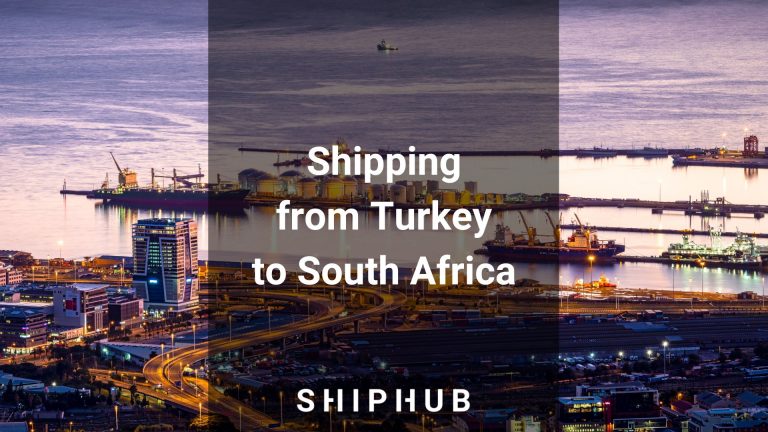 The Republic of South Africa (RSA) is leading Turkey’s trade partner in Sub-Saharan Africa. Turkey’s trade with RSA is approximately 18% of its whole trade in the region. Trade volume between the two countries in 2021 was $1.4 billion, and export from Turkey reached $552.5 million. This article discusses shipping from Turkey to South Africa.

Shipping from Turkey to South Africa

Sea freight from Turkey to RSA

Sea freight is the most popular mode of transport in international trade. It is relatively cost-efficient because it allows shipping a large number of goods at the same time. Alas, it is also significantly slower compared to other modes of transport.

When shipping by sea, you have to decide between FCL and LCL transport. FCL (full container load) means that shipper fills an entire container with his goods. LCL means that container capacity is shared between several shippers. Usually, it takes 30-50 days for goods to ship by sea from Turkey to South Africa.

Air freight from Turkey to RSA

Air freight is the fastest and the safest mode of transport. Due to airplanes’ smaller cargo space, the amount of goods that can be transported at once is limited and more expensive. Air freight is recommended for small-sized, valuable, or perishable goods like pharmaceutical products, food, or jewelry. On average, it takes 2-7 days for air shipment to arrive in RSA from Turkey.

How much does it cost to ship from Turkey to South Africa?

The shipping costs depend on many factors such as:

Many freight forwarders will offer you varying prices. It is wise to compare offers from forwarders and decide what suits you the best. ShipHub.co is a great website that gives you the possibility to do so. It allows you to receive a quote for your shipment and choose the most suitable freight forwarder.