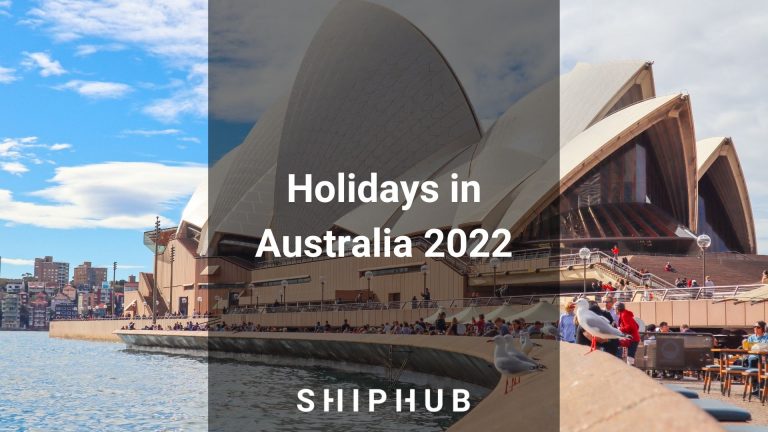 When doing business with foreign entrepreneurs, it is crucial to obtain some helpful knowledge about their culture. The Holiday calendar of a specific country may come in handy, especially if we’re planning a business trip abroad. This way, one will stay aware of any days off from work when conducting business might be impossible. We present holidays in Australia 2022.

Holidays in Australia may vary depending on the state or territory. There are six different states and two territories in total in Australia: Australian Capital Territory, New South Wales, Northern Territory, Queensland, South Australia, Tasmania, Victoria, and Western Australia. Therefore, it is necessary to check the calendar for a particular state you will travel to before the trip. Below is the list of the most important holidays in Australia.

New Year’s Day is celebrated throughout Australia the same as worldwide to welcome the beginning of the new year. However, it is worth noting that workers from South Australia and Northern Territory have a part-day public holiday from 7 pm to 12 am that day. Moreover, if New Year’s Day happens to be on Saturday or Sunday, the following Monday becomes a public holiday. Thus, many people in most Australian states can enjoy a day off work. In states such as New South Wales, Queensland, South Australia, and Victoria, many shops are closed due to trading restrictions on this day.

The day is celebrated similarly to other countries. It is time for people to take a break, party, attend festivals and concerts, meet their family and friends, or undertake other activities.

Celebrations of Australia Day honor the landing of the first British fleet in Sydney – one of Australia’s largest cities. It is a national public holiday when people reflect on the country’s history and what it means to be Australian. Many people put up Australian flags and spend this time with their close ones. On Australia Day, there are organized parades and ceremonies to mark this anniversary.

Needless to say, Australia Day is off limits when it comes to doing business.

Entrepreneurs doing business with companies from Tasmania should know about the Royal Hobart Regatta. It is the oldest sporting event in Tasmania, taking place over the weekend and ending on the second Monday of each February. Royal Hobart Regatta commemorates the founding of the isle by the Dutch explorer Abel Tasman. During the regatta, people can enjoy water sports, e.g., swimming, rowing, and yachting. Moreover, they can participate in competitions, enjoy delicious food, and watch fireworks.

One should keep in mind that Monday is a public holiday for the southern and eastern regions of Tasmania, meaning it is a day free of work for people in those areas.

As in many other countries, Labor Day in Australia is a public holiday meant to celebrate implementing the eight-hour working day. However, as one can see above, its dates vary depending on the state and territory. Citizens enjoy their day off and spend it resting or meeting with their family and friends. Some people participate in marches organized in major Australian cities.

Canberra Day is a public day celebrated only in the Australian Capital Territory. It falls on the second Monday of March every year. The holiday commemorates the founding of the city Canberra in 1913, which is the capital of Australia. Most regional businesses, schools, and other institutions are closed on this day, as it is a day off for the general population. Canberra Day is known to be one of the Canberra Festival’s highlights. During the festival, people celebrate their city’s charm and diversity by enjoying sporting events, music, films, theatre, exhibitions, and other forms of activities.

Easter in Australia begins on Good Friday (April 15th 2022), which is a national holiday starting the four-day lasting break. While some businesses may be open on Good Friday, others will be closed. Around this time, many people go on vacation, e.g., to visit their family and friends. This day is also a start for various events and activities in different states. In Tasmania begins the Three Peaks Race, while Sydney holds the Easter Racing Carnival.

Please note that the day following Good Friday, falling on April 16th, is also a national holiday, but excluding Tasmania and Western Australia. Furthermore, in Tasmania, celebrations of Easter feature Easter Tuesday. Thus, in this state, many people won’t work on April 19th.

Anzac Day is a national holiday celebrated to commemorate those who served and died in the Gallipoli Campaign. The word “ANZAC” means Australian and New Zealand Army Corps. On this day, there are Commemorative services held at dawn. Later, people participate in marches through the Australian cities. On Anzac Day majority of institutions and businesses are closed.

Reconciliation Day is a public holiday only in the Australian Capital Territory. It marks the beginning of National Reconciliation Week. The day is dedicated to learning more about national history through attending diverse activities and enjoying special performances. Reconciliation Day is always held on the first Monday after or on May 27th. In 2022 it will be celebrated on May 30th.

The following national holiday, celebrated in the majority of Australian states and territories, is Queen’s Birthday. However, it is held on different dates in Queensland (October 3rd) and Western Australia (September 26th). Because the celebrations mostly fall on the second Monday of June, many Australians get a longer, three-day weekend. Thus, they often choose to spend it with their families and friends, get some rest from work and school, and attend various events.

Christmas in Australia is celebrated nationwide, like in most other countries in the world. During this time, families gather to commemorate the birth of Jesus Christ, enjoy their meal together, and exchange gifts. Many families attend a Christmas Day church service. What may be unusual for people coming to Australia from the Northern Hemisphere is that Christmas time in this country starts not long after the summer break begins. Thus, one can see both summer and Christmas atmospheres colliding at the same time.

December 28th is a Boxing Day Holiday that is a national holiday except for South Australia.

When doing business with Australian companies, it is necessary to know when it is proper to contact your partner or schedule a meeting with them. Please note that the list above contains the most important holidays in Australia. However, more public holidays and events are celebrated in particular states, territories, or even smaller areas of the country. Therefore, before traveling to Australia, make sure that the time is conventional.