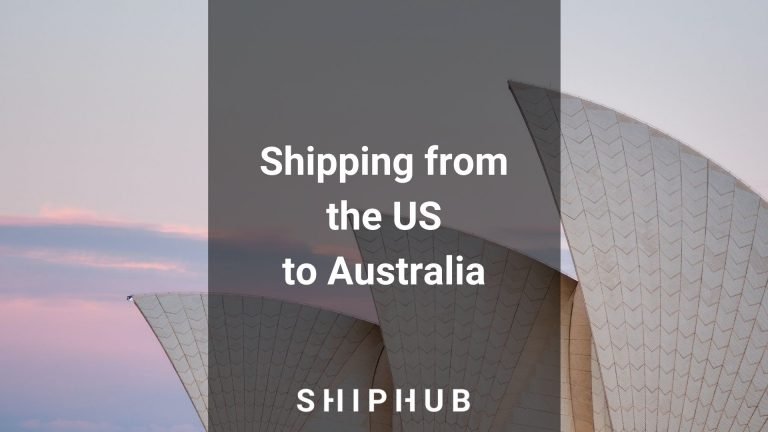 The United States is Australia’s largest trade partner, and the number of imports went up by 91% since 2005. If you’re interested in shipping from the US to Australia, you should get familiar with routes and the transit time.

How to ship from the US to Australia?

There are two options available: shipping by sea and by air. Below you’ll find a breakdown of the pros and cons of these two methods.

Ocean shipping from the US to Australia

Sea freight is the most low-cost option for shipping products. The exact amount of time needed differs depending on whether the importer chose LCL (Less Than Container Load) or FCL (Full Container Load) shipping. LCL is for smaller shipments that will share a container with other cargo and sometimes takes longer to arrive in comparison with FCL. FCL is recommended for larger shipments and is more likely to arrive on time.

There are plenty of cargo ports in Australia, and some of the largest are located in Sydney, Melbourne, Fremantle (Perth), and Brisbane.

Here are examples of sea shipping routes and the transit time:

Airfreight from the US to Australia

Airfreight is the fastest way of shipping products between the countries. Its main disadvantage is the high price, but it can still be beneficial when the shipment is not large. This option is also recommended for high-value and fragile goods, as they’re usually handled with more care in airports rather than seaports.

Airfreight usually takes two to eight days to arrive in Australia. The specific needed amount depends on the destination; both the United States and Australia are massive countries with plenty of airports, so these also should be chosen carefully.

The most significant airports in Australia are located in Sydney, Melbourne, Brisbane, Perth, and Adelaide.

Here are some example airfreight routes and how much time do they take:

The customs clearance process is regarded as complicated; therefore, many importers decide to outsource it to the hired forwarder. Even if the importer isn’t solely responsible for the process, they will need to prepare some documents anyway. These are:

How much does it cost to ship cargo from the US to Australia?

The shipping cost depends on many different factors, such as the size of the cargo, whether it requires special handling, which method of shipping was chosen, and how urgent it is. To determine the costs of the whole process, you can fill in a form on ShipHub to receive a valuation personalized for your cargo. Here are some examples of filled forms:

Thanks to a long-lasting trade relationship between the United States and Australia, as well as a wide array of air and seaports, shipping cargo between the countries is quite simple. To properly prepare for the process, it’s best to research which method is best for the given type of cargo and which ports are most fit for the shortest shipping time.