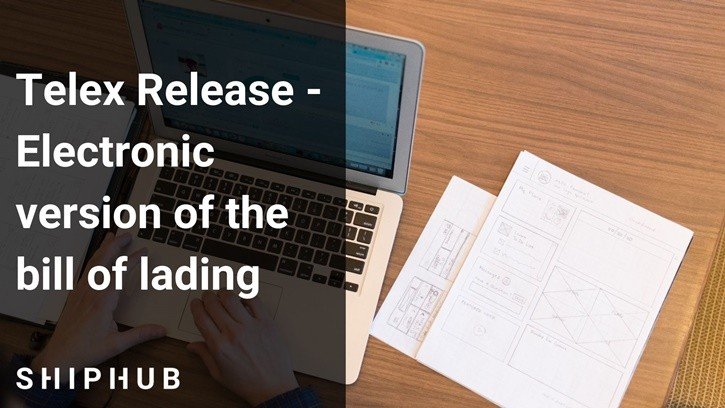 Bill of Lading, or sea waybill, is one of the most important documents in international transport. On its basis, we can pick up the cargo at the destination port. In the previous article, we also described types of bills of lading and what records must contain such a document. When importing from China, people often use the Telex Release.

The release of the telex (sometimes referred to in contracts as the “Telex release”) is a confirmation issued by the carrier at the starting port to the destination port, allowing for issuing the cargo without sending the recipient a printed version of the original bill of lading. After the payment is settled, the shipper informs the carrier that he contacted his office at the port of destination of the goods. The container is issued to the recipient based on his disposal.

The name for this type of bill of lading comes from how documents were formerly sent.

Telex (Teleprinter Exchange Service) – a device for sending text via telephone lines, subscriber telegraph service, consisting of sending information in alphanumeric form. Currently, we can do that via email. Sometimes you can also meet with an updated confirmation in the internal shipping system.

Taking into account practical considerations, using the telex is faster and less complicated than sending the B/L to the recipient’s carrier, and then also sending it back to the agent at the place of delivery. Such a process may also delay the delivery of the load, which is why in some situations we decide to use Telex Release.

Examples of situations where telex is useful: