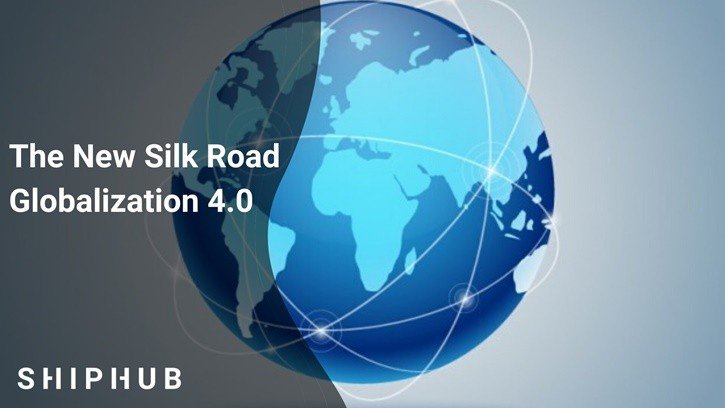 Globalization 4.0 has been a very interesting topic lately. This slogan covers the next stage in the development of the world economy. Indeed, China and the New Silk Road can play an important role in these activities.

China is currently the second-largest economy in the world. The President of the People’s Republic of China Xi Jinping announces the continuation of the policy of economic change. Additionally, the president’s main assumption is primarily to strengthen the development of the state economy and to encourage the development of the non-state sector by supporting and directing.

Undoubtedly, the development of China and other emerging countries is contributing to the transformation of the global power structure.

The world is constantly changing, which also leads to a different approach to globalization. This can be illustrated by the following fact:

Due to its policy of opening up to the world, China has played a key role in increasing global wealth.

It is worth noting that 40 years ago, China’s global share in global GDP was less than 2%.

Currently, it is almost 20%. Experts believe that we need an updated approach to manage global interdependence.

Experts believe that these activities can be described as Globalization 4.0, which refers to Globalization 1.0. It was mainly based on the ancient Silk Road.

Next was Globalization 2.0, which was associated with the first industrial revolution, led by the United Kingdom and then by the United States. In this case, manufactures methods stimulated mass consumption and transport.

Globalization 3.0, was driven by institutions and mechanisms that were created as a result of World War II. At that time, ideas were spread and supply chains were transformed.

The main assumptions of Globalization 4.0 are as follows:

As globalization should be a positive thing, it is necessary to move to a higher level of activity. By implementing Globalization 4.0, countries must adapt to the needs and realities of a changing world.

According to ChinaDaily, the New Silk Road may be a role model in this case. Namely, the main aspect is global cooperation.

The role of China in Globalization 4.0

Generally, in many respects, China and the New Silk Road may seem to play a key role in shaping Globalization 4.0. Xi Jinping has repeatedly mentioned the “shared destiny”, which is the main force of the new era of globalization.

To summarise, it is often said that China is shaping the new economic order in the world. Consequently, Xi Jinping emphasizes that the New Silk Road will become an important aspect of Globalization 4.0.