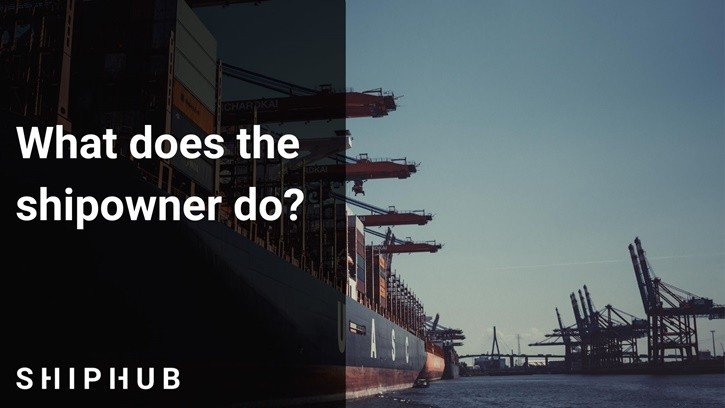 Work at sea and sea transport have accompanied people for centuries. Without this, many areas of the economy would not have the right to exist in today’s world. Currently, imports and exports outside land and air routes are primarily carried out by sea. This is one of the most convenient and safest ways to transport goods. If we want to start transporting selected products, we should carefully choose the carrier. Competent authorities manage each ship. Before we find a suitable entrepreneur who provides us with services in maritime transport, it is necessary to know who the shipowner is and what his tasks are. In the article below, we will explain exactly what the shipowner is doing.

Who is the shipowner?

The shipowner according to the general definition is a natural or legal person who operates his own or a rented ship. A ship owner employs the captain and crew, and he also is civilly liable for obligations arising from the operation of the ship. So it is the owner of the ship or a person authorized to dispose of the ship on his behalf. In the maritime trader’s law, a shipowner is specified by such phrases as: “shipping company” or “ship trader.”

What do they do?

The shipowner mainly deals with service business activities. He is responsible for issues such as the carriage of cargo and passengers and their baggage, the exploitation of marine living, and mineral resources. Furthermore, he participates in the construction and use of artificial islands, structures, and other floating devices. He also deals with towing, a rescue of sea-going vessels, pilotage, etc.

The shipowner also has duties such as applying to enter the ship into the register of ships, which he should do without delay after receiving the ship. The shipowner is also liable for damages caused by the ship’s crew, as well as for damage caused to third parties. He also takes part in any shipping accident investigation.

The global fleet is controlled by 87% by the ten largest ship owners. We include among them Maersk, Hapag-Lloyd, and Evergreen. Soon on our blog, you will be able to see an article about the top 9 ship owners in the world.