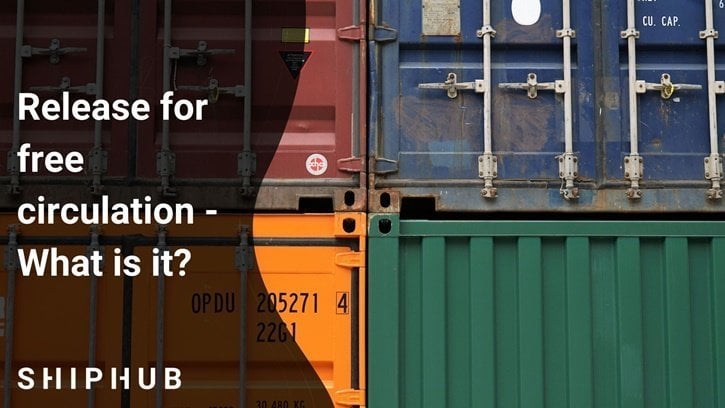 Imports of goods from outside the European Union’s customs territory to a state member require customs clearance. For customs procedures, it is necessary to submit many documents and to pay customs duties and import sales tax. For the goods to be available legally on the target market, they must go through an authorization procedure. After obtaining the status of a Union good, the product can be sold in the European Union. Check more about a release for free circulation.

The customs procedure requires correct completed documents and payment of customs duties, import sales tax, and other charges. The goods have to comply to any prohibitions and restrictions.

A customs declaration for release for free circulation

There are several ways to make the declaration for the customs procedure for release for free circulation. The methods may vary depending on the policy of the member state of the European Union.

By presenting the documents

You have to complete the SAD declaration that the customs officer uses to input the data into the system. In addition, you have to submit documents such as:

For example, in Poland, you may upload the XML file in the Automated Import System (AIS).

By a verbal declaration

In Poland, you can also make a verbal declaration. However, it applies to goods not intended for free circulation, some of those of a commercial type, and returned goods.

By performing another action

It is the easiest way to declare goods. You simply pass the customs signifying ‘nothing to declare,’ for instance, by choosing the green passage. Goods declared using this method are not intended for trade, are returned goods, or exempt from import duties.

After completing all formalities, the goods can be legally distributed in a specific customs territory.

The customs procedure for release for free circulation is included in the Regulation (EU) No 952/2013 of the European Parliament and of the Council of 9 October 2013 laying down the Union Customs Code (recast).