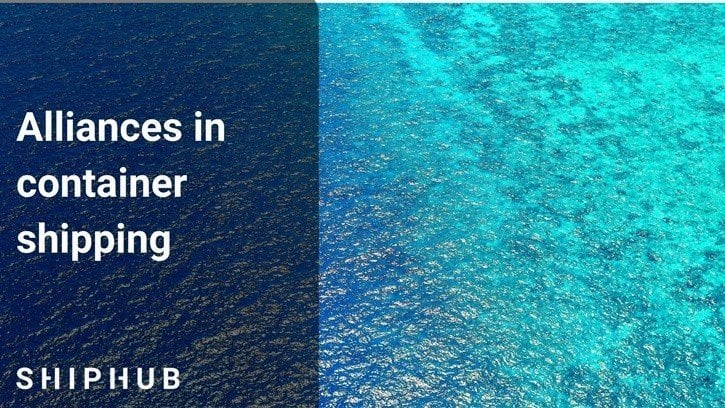 Shipowners’ companies have decided to create alliances, which is why you can often find the names of alliances in which shipowners operate in offers from carriers. In the article below, we will dispel doubts and explain what the names of the alliances mean.

Maersk and MSC are the two largest shipowners in the world. Also, their operational relationship 2M is the most recognizable alliance among shipping companies. It was created in January 2015. The agreement was concluded for ten years, with a notice period of two years.

In 2018, the German shipowner Hamburg Süd also joined the alliance. As part of the alliances, a service was launched from Asia to the Deepwater Container Terminal in Gdansk.

Hyundai also wanted to join the alliance, but ultimately only a ship sharing agreement was concluded, so-called “Vessel Sharing Agreement.”

In the beginning, Maersk and MSC began joint operations on routes to the United States and then began to operate on the Asia-Europe route.

O/A brings together, respectively, the third-largest shipowner in the world, the fourth, sixth, and seventh. The Alliance is often seen as a direct attempt to balance the dominance of the 2M alliance. The main reason for the alliance is the acquisition of CMA / CGM by Neptune Orient Lines, as well as the merger of COSCO with China Shipping.

The O/A Ocean Alliance represents about 26% of the global container capacity or about 5.5 million TEU.

The Ocean Alliance will have approx. 41% of market capacity on the Transpacific trade route and approx. 35% on the Asia-Europe route, which will provide the Alliance with significant strength on both routes.

What’s more, in 2018, the Ocean Alliance became a leader in international transport between East and West, offering as many as 45 permanent loops.

In January 2019, shipowners agreeably signed the official extension of their alliance until March 31, 2027.

Hapag-Lloyd, ONE, Yang Ming – “THE” Alliance

“THE” Alliance is another very important alliance among shipowners. It was established in 2017 and brought together companies such as Hapag-Lloyd, ONE, and Yang Ming. The Alliance accounts for 16% of the global container capacity.

Additionally, it is expected that the Alliance will have approx. 29% market capacity on the Transpacific trade line and approx. 23% in Asia-Europe.

HMM (Hyundai Marchart Marine) will also join the alliance in 2020.

New alliances in maritime transport as competition for M2

It can be said that the creation of new alliances, i.e., “THE” Alliance and O/A, somewhat began to pose a threat to the dominance of the long-lasting alliance of shipowners Maersk and MSC.

The consolidation of the industry, the establishment of alliances of shipowners, takeover, and acquisition processes are primarily aimed at increasing and maintaining profitability. It’s mainly about reducing competition and limiting excess capacity over demand, as there are still many ships on the market.