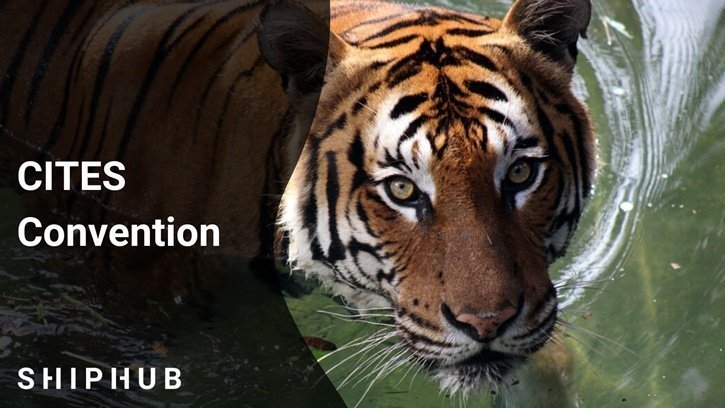 CITES (Convention of International Trade in Endangered Species of Wild Fauna and Flora) is a multilateral treaty regulating the trade of more than 35 000 species – about 30 thousand species of plants and 5600 species of animals. One hundred eighty-three countries have signed the Convention.

CITES brings attention to a global problem that illegal poaching and trade of wild animals and plants pose. They are traded and used to manufacture leather goods, musical instruments, medicine, and food products. The Convention focuses on protecting endangered species by promoting regulated international trade, which does not harm wild species.

The history of CITES

The first discussion on the dangers that threaten wild species of animals and plants as a result of unregulated international trade law started in the 1960s. As a result, a conference bringing together delegates from 80 countries took place in Washington DC, and on March 3, 1973, a final version of the Convention’s text was determined. Switzerland acted as a depositary. Twenty-one countries ratified the document, and English, Chinese, Russian, French, and Spanish were recognized as working languages. The Convention came into force on April 1, 1975.

Within 40 years since the agreement was created, representatives of member countries participated in conferences that took place every three years. During the first one, the focus was on including all the species omitted in 1973, for example, African elephant, which, in contrast to Asian elephant, was not included. The last 18th meeting took place in Geneva in 2019.

CITES’ work is based on the functioning of two main organs: the CITES Conference of the Parties (CoP) and the CITES Secretariat, supported by the Standing Committee, the Animals Committee, and the Plants Committee.

The species included in the agreement’s terms are listed in three attachments to the conventions. Animals and plants included in CITES can be imported and exported from a country, a party in the Convention, only based on the appropriate document. The requirements can differ depending on the strictness of regulations applicable in specific states.

The first attachment includes endangered species, and trade in them is allowed only under special circumstances. The second attachment is dedicated to species not necessarily at risk of extinction, but a trade in which still needs to be regulated to avoid overexploitation.

During regularly held conferences, parties submit propositions of changes regarding both attachments, and then the proposals are put to the vote.

The third attachment refers to species protected in at least one country, which turned to other parties asking for their support for trade regulation. It requires only a certificate of origin for specimens of a particular animal or plant.

Initiatives and a further action plan

Within the framework of CITES, a series of initiatives have been implemented to protect wild species of flora and fauna. Among others, an ICCWC initiative from years 2014-2020, aimed at strengthening of justice systems re illegal trade of wild nature, and CITES Strategic Vision, planned for years 2000-2005, and then prolonged successively to 2007, 2013, and then to 2020. In this manner, other editions of strategic vision were created. They aim primarily at a significant restriction of biodiversity loss.

On 17-18 August 2019 in Geneva, CITES CoP18 took place. During its course, more decisions regarding the protection of wild species were made. Also, new areas of operation regarding CITES strategic vision post-2020 were planned.