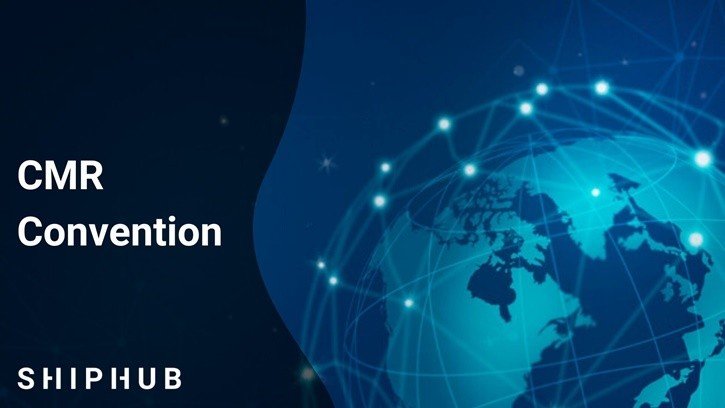 The CMR Convention is an international agreement regarding the carriage of goods by road. It applies to the commercial transport of goods in international relations. Provided that at least one country (shipment or destination country) has acceded to the CMR Convention. It should be noted that it applies only to transport provided under a contract of carriage by cars, articulated vehicles, semi-trailers, and trailers.

The CMR Convention is extremely useful because it unifies the transport documentation, transports carried out by successive carriers, the conditions of the contract for the carriage of goods by road, the carrier’s liability, the mode of complaints, and complaints, claims arising from the carriage. Entities authorized to operate in the field of international road transport are defined by the provisions of the national law of individual countries. In the case of Poland, this is determined by the Road Transport Act. It is worth noting that the CMR Convention is used when the transport is performed by states, organizations, or governmental institutions. Importantly, when applying the CMR Convention, the carrier is responsible for the actions taken by its employees as for its own.

The proof of the conclusion of the contract of carriage under the CMR Convention is a consignment note. It is issued in triplicate (each copy has the same legal and evidentiary value). It is signed and stamped by both the sender and the carrier. The first of them takes the sender, the second accompanies the shipment and is intended for the recipient, while the third receives the carrier. Sometimes a fourth copy, so-called back copy, is issued for statistical purposes. If the goods are to be loaded on different vehicles or several batches of products are to be carried, both the sender and the carrier have the right to require the issue of so many waybills, how many vehicles should be used or how many types or batches of goods.

In the event of an irregularity, lack of information, or loss of the bill of lading, all costs incurred because of this by the carrier are borne by the sender. However, the carrier is obliged to check the condition of the goods together with their packaging, as well as the correctness of the details of the waybill with the number of copies, their numbers, and characteristics when receiving the goods.

What does the waybill contain?

The waybill should contain the following data:

a) place and date of issue;

b) name and address of the sender;

c) the name and address of the carrier;

d) place and date of acceptance of the goods for transport and the place of issue;

e) name and address of the recipient;

f) a commonly used description of the type of good and the manner of packaging, and for dangerous goods their generally accepted description;

g) the number of items, their characteristics, and numbers;

i) transport-related costs (transportable, additional costs, customs duties and other costs arising from the time of conclusion of the contract to the time of delivery);

j) instructions necessary to complete customs and other formalities;

k) a declaration that the carriage, regardless of any contrary clause, is subject to the provisions of this Convention.

When the CMR Convention does not apply

The CMR Convention does not apply to the carriage of postal items, corpses, and cargo belonging to displaced persons. Besides, it is not used when concluding shipping contracts. Contracts are deemed to be such, the essence of which is not to carry out the transport but only to its organization. The carrier does not have to carry out the transport personally. It follows that whether the convention is applicable or not is determined by the content of the undertaking. Therefore, if the basis of the contract is the performance of the transport, then the provisions of the Convention will apply.