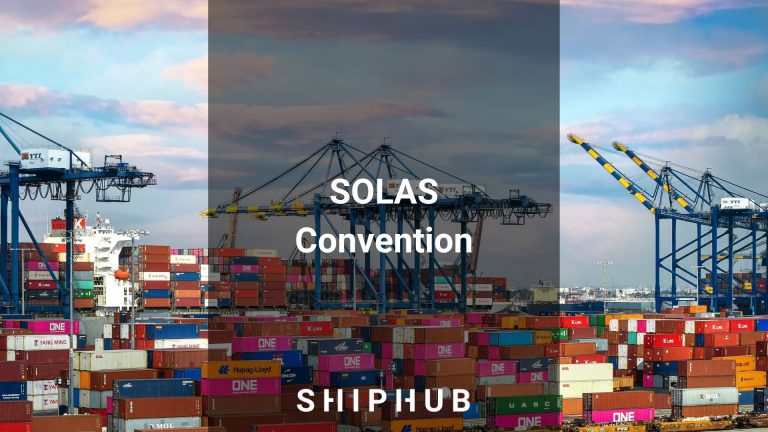 The SOLAS Convention is probably the most important of all international treaties concerning the safety of merchant ships. In 2016, the latest version of the International Convention for the Safety of Life at Sea (SOLAS Convention) was amended. One of the most significant changes concerned a requirement of providing the documented VGM (Verified Gross Mass). Incorrectly declared packed container weight may pose a risk to the ship and the safety of seafarers and shore-side workers.

What is the SOLAS Convention?

What is VGM and who is responsible for weighing the containers?

SOLAS obliges to verify the gross mass (VGM) of all containers before shipping. The person responsible may be the first consignor of the cargo or a carrier (not a shipowner) or a freight forwarder. According to the SOLAS Convention, the legally responsible party for providing a VGM (signed electronically or on paper) is the shipper on the ocean carrier’s Bill of Lading. The VGM can be submitted electronically via VERMAS with a code of 304.

Having obtained the information from the weighing facility, the shipper provides VGM information to the carrier and the vessel operator.

Terminal operators will receive the VGM value from the shipper or carrier. Then, the terminal can begin the stowage planning.

To comply with the requirement, the gross mass of the containers can be measured using one of two methods:

VGM is the combined weight of:

VGM value has to be authorized by a person designated by the loader. This person has to sign a document provided by the shipping company or the container terminal representative.

Note: VGM is NOT the estimated weight in booking or the cargo weight in Bill of Lading.

SOLAS Convention – what if you do not provide VGM?

The SOLAS amendment applies to all shipping lines and shippers. Maritime organizations in each country are obliged to enforce the SOLAS regulation. Parties to the SOLAS convention can set their penalties in case of incorrect VGM/failure to provide VGM.

However, the costs related to reloading, storage, or returning the goods to the sender should be agreed upon between the sender and the carrier in the contract.

What do you need to know about the SOLAS Convention?

Break-bulk is exempt from the VGM requirement unless transported in a container. The SOLAS Convention does not apply to containers loaded on trailers vehicle combinations transported by RoRo ships on short international routes.