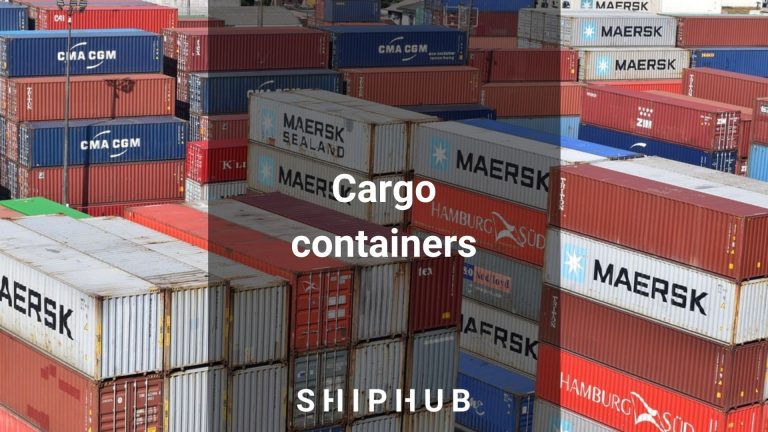 When transporting cargo by sea, it is essential to pick the right type and size of a container. It is important to do so, so the cargo will not be damaged during shipping. It is also easier to load and unload the cargo. What kinds of containers and sizes are there?

Cargo containers types and sizes – what types are there?

A shipping container is usually a rectangular box that can be closed with double-winged heavy doors. Containers are mostly used in intermodal transport, mainly to carry general cargo by rail and sea. They are also often used for storage. They enable shipping cargo in large amounts, so they play an essential role in foreign trade.

The specific types of containers differ by size, capacity, and even light exposure. They also have their kind of curb weight, called the tare weight. It also consists of ferrules and various devices, as they are usually an integral part of the container. Because of that, each container has its designated purpose.

General cargo containers – for general use

General containers are used for transporting all kinds of cargo. They are often used to ship heavy cargo. You can modify general containers and ship either dry bulk or liquid cargo. This type of container’s tare weight usually is from 1.8t to 2.5t, and its average capacity is 21.8t.

There are three types of general cargo containers:

The hard-top container has a steel roof, and its door opening has a dismantlable top beam. During transport, the roof is covered with a waterproof tarp locked with a container seal.

Open top and hard top containers are considered specialized equipment, so the rental price is higher than general containers.

Open-sided containers are equipped with large, double-wing doors on the larger side of the container. Therefore it is easier to load and unload cargo, making the container’s interior fully accessible. In some cases, doors are also placed on one of the shorter sides.

Other than faster loading and unloading, this type of container enables to sort cargo without unloading it. Open-sided containers are great for cargo that does not fit into other containers.

There are two types of open-sided containers:

Flat rack containers allow for shipping cargo that would be too large to fit into general or open-top containers. Cargo can be secured to flooring or frames. The relatively thick flooring and built-in longitudinal beams are also equipped with numerous mounting brackets.

A platform container is meant to transport heavy and OOG cargo, as it has a larger capacity than other containers. Both the flooring and the longitudinal beams are equipped with high resistance mounting brackets to make transport safer. The floor is very solid so that it could withstand the pressure of heavy cargo.

Tank containers are used to transport liquid chemicals and beverages. They’re made of a tank placed inside a special 20’ general container. Such containers have to be built following IMDG (International Maritime Dangerous Goods) requirements.

Tank containers are usually at least 80% filled to avoid rapid undulation of the cargo during transport. Food products are shipped in containers marked “Potable Liquids only.” Some shipments need to fulfill dangerous goods sea freight requirements. These types of products are divided into “IMO” classes.

Refrigerated containers are used for transporting products that need a steady temperature. It is possible due to walls filled with polyurethane foam and flooring made of aluminum T-gratings. The containers keep a temperature of 25 to -25 degrees Celsius as long as the outside temperature does not reach 42 degrees (for heating) and 65 (for cooling).

Containers and sizes – what should you remember when shipping cargo?

As can be seen, the type of container has to be tailored to the type of shipped cargo. It is also important to properly load cargo as it may be damaged or subject to a long-term inspection if done otherwise. Remember to get the cargo secured well to avoid trouble.