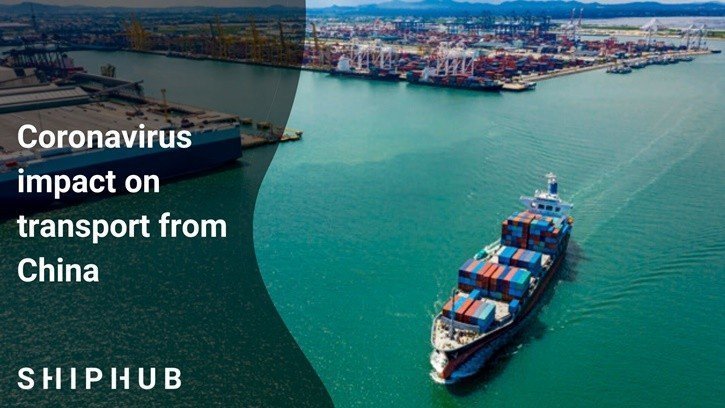 At the end of January, the world was informed about an outbreak of an unknown virus in China. The disease, currently known as 2019-nCoV, is similar to influenza. The symptoms are fever, coughing, shallow, and difficulty in breathing. The city of Wuhan in the province of Hubei is considered to be the epicenter of the virus and remains under quarantine. Moreover, the outbreak of the epidemic coincided with the celebration of the Chinese New Year. How does this affect transport from China?

Hubei Province, whose capital is Wuhan, is one of the stops on the New Silk Road. Weekly, many containers depart from Wuhan to Poland by rail. Besides, it is the place where the country’s largest inland port is located. Wuhan plays a huge role in international trade as an industrial center. There are numerous factories in the city, for example, the automotive and steel industries.

The virus outbreak occurred during the holiday season in China. This period itself generates delays. Production plants or logistics hubs are not working for a minimum of two weeks. We invite you to read our article on how the Chinese holidays affect transport from China.

Due to coronavirus, production will be suspended even longer. The government regulation says the deadline is February 9, but some companies have announced that they will not return to work until the fourth week of February. The wholesale center in Yiwu announced that it would be closed until February 21. All factories in Wuhan suspend operations until further notice.

It should be remembered that travel restrictions still apply in China, which may prevent many factories from resuming production due to employees left workplaces for holidays.

Effects of coronavirus on transport from China

The full impact of the Chinese coronavirus epidemic on container volumes will not be fully measurable until ports report their number of transhipments in the first quarter. However, data collected during weekly reports in key Chinese ports already show a reduction of over 20%.

The Danish AP Moller-Maersk A/S announced that in the next two weeks, it would limit two cruises on key trade routes on the Asia-Europe route. Several other carriers have also canceled their cruises to China, including the French CMA CGM SA and the Taiwanese Evergreen Marine Corp.

We can see coronavirus impact on transport on example of dozens of American, European and Asian airlines which have suspended flights to mainland China. Thus, it reduced the capacity of goods such as electronics, which are often transported in the side spaces of passenger aircraft. Thus caused a jump in freight rates. Some airlines have also suspended flights to Hong Kong, the busiest international cargo hub.

Railway traffic in Wuhan was completely suspended until the end of February 2020. However, the city of Xi’an (an equally large New Silk Road junction) is open, and trains enter and leave it as usual. Nevertheless, goods from the Hubei province are very difficult to transport to another part of China, and of course to Europe.

Coronavirus impact on transport – what next?

Although the media reports on an increasing number of cured people, the danger remains as high. The coronavirus is still spreading, and the authorities are using all possible ways to prevent it. Not only factories remain closed, and the work of logistics hubs is suspended. Public places such as cinemas and restaurants are also empty.

We have information from our shipping partners that as soon as the factories return to work, problems with space on ships should be taken into account. Factories in China always have a lot of orders after the Chinese New Year. Now you also have to reckon with the fact that the waiting time will be even longer. It’s hard to say for how long. Fighting the epidemic and stabilizing the situation after it takes time.