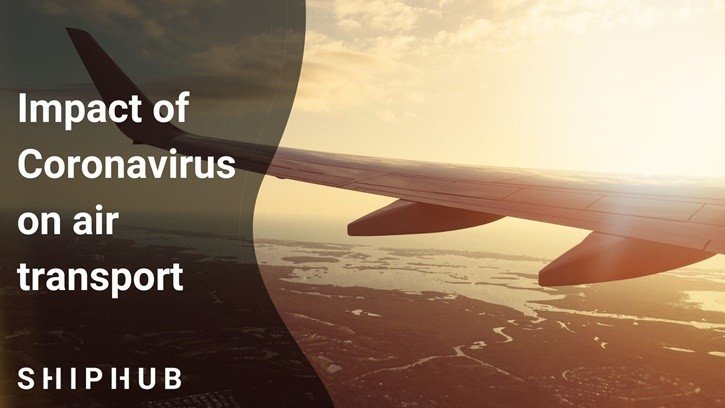 Due to rapidly increasing number of cases of Coronavirus and its death doll, the Chinese had an extended Lunar New Year holidays. The Chinese economy was put on halt, and that period led to a significant disruption in the supply chain. The impact of Coronavirus on air transport and other types of transport is palpable.

During the annual celebration of Spring Festival, some of the factories in China were shut down even for over 20 days. On top of that, with the extended break, the total non-operating days could have reached 30. With manufacturers not operating, or at least operating at reduced capacity, carriers met with difficulty, namely decreased demand. As there was a non-expected decrease in the number of produced goods, there was no need for their services at the usual level. Full production is expected no earlier than the middle of March.

It is known that Wuhan is in the epicenter of COVID-19. Unfortunately, Wuhan is a significant hub for road and air transport. The Wuhan Tianhe Airport was the country’s sixteenth most busy in terms of cargo, handling 221,576 t. For the time being, it remains closed, except for relief cargo.

Impact of Coronavirus on air transport

Dozens of airlines have suspended their flights to China and Hong Kong. Moreover, some of the regions even stopped receiving flights from China or receiving Chinese for that matter. Many airlines modified their services, reducing capacity on routes to China, even until June. Some of the airlines have reduced the number of flights to/from South Korea and Italy.

According to the International Air Transport Association (IATA), airfreight volume fell 2.7% year-over-year in December 2019. It is the first annual decline since 2012. Making up for the loss will make 2020 a very tough year for airlines.

An air cargo arm of British Airways parent IAG, IAG Cargo, canceled all services to/from mainland China at least for a month. DHL has only suspended deliveries in Hubei province. FedEx temporarily suspends some of the services to China. Operations of UPS have also been restricted, not only in China but also in Northern Italy. Lufthansa Cargo will maintain connections to/from mainland China with cargo aircraft as long as possible.

It is estimated that flight cancellations in the last two weeks have reduced available cargo capacity by 40% compared to the previous year, with a 6,000 t decrease in capacity per day. Chinese aircraft carriers are the most affected, with an almost 50% decrease in capacity, but carriers from all regions are experiencing declines.

As factories began restarting operations, there has been a stark difference in demand for air freight services. But now, with more than 200 thousand flights canceled, the options are reduced. Some commercial airlines share their space for cargo purposes, and as the flights are canceled, air cargo-specific freighters services are in greater demand.

Many companies that opted for other transport than air before are turning to charter flights to deal with the lack of supply. Yet it seems like the situation will not be stabilized soon. It is expected that the Coronavirus will cause an economic disruption much more enormous than SARS in 2003.