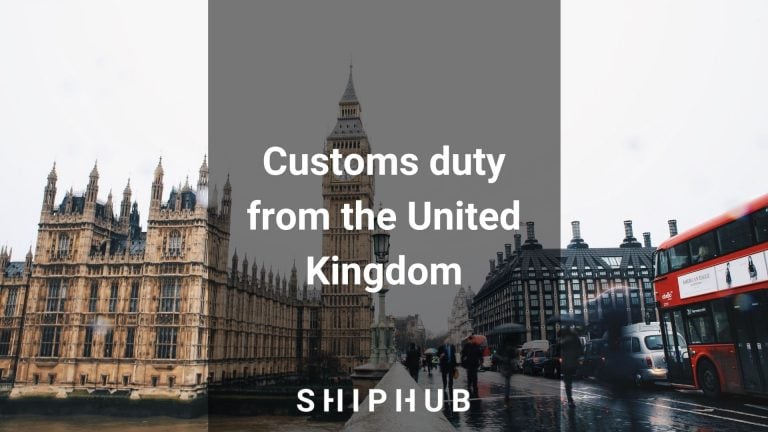 Trade between the European Union and the United Kingdom is characterized by the predominance of export to the UK. Nevertheless, the interest in imports only rose from 2018. However, there was a drop in 2019, and the value of imports was about 294 billion pounds. The main reason behind it was Brexit and the related concerns. Is there a customs duty from the United Kingdom?

The United Kingdom in the customs union

All member states in the EU are part of the customs union, created in 1968. It also includes a couple of other non-EU countries: Turkey, Andorra, and San Marino. It was established to unite outside trade politics and to arrange the lack of customs duties in trade deals between its members. It means that as long as the UK was a part of the EU, customs duty was not put on imported products. Here is an exemplary zero customs duty on cotton, not carded or combed, found in the TARIC tariff system.

Brexit and the UK customs duty

Even though the UK left the EU at the end of January 2020, the decision on customs duties was made in December. According to the agreement, the UK stays a member of the customs union even after leaving the EU. It means that business owners do not need to worry about high duties on their imported products. You should, however, take into account some rules on imported items. Zero duties apply to products that meet certain conditions.

When can you import UK goods at zero duty?

When importing from the United Kingdom, you need to make sure the product was made in the UK or another country in in the EU. It applies to both the finished product and its components, as well as the material it was made of. Only in such a case, the products are subject to zero duty. The situation is different if the goods were partly made of materials imported from outside the EU. Avoiding paying for customs duties is only possible if the amount of used foreign materials does not exceed the expected norms.

In cases of products imported from the United Kingdom but made in countries outside of the European Union, the customs duty must be paid. This rule is the same for products made of materials entirely or partially from outside the EU. Therefore, if you buy goods from a seller in the UK, who imported them from China, you will need to pay customs duties. In this situation, the United Kingdom is treated the same as third countries, not part of the EU customs union.

Importers need to make sure the chosen products were made in the UK or an EU member state. If this part is not taken care of, you might have to pay customs duty.

Importers are to obtain documentation that certifies the origin of the goods from exporters. They can put such a statement on the invoice or a different document that describes the given product. It is essential it is clearly presented and makes identification of the origin possible. Using the information put in the certificate, the importer can place an application to be exempt from paying the customs duty. Remember that the buyer needs to keep the document for at least three years.

The United Kingdom stays a part of the customs union even after leaving the EU. For business owners, this means they do not need to pay customs duty after meeting all product requirements. Zero duties are only for items made in the UK or an EU member state. Materials used to create the given product imported from outside the Union cannot exceed the specified amount. The seller then must get a certificate of the product’s origin to let the importer avoid the additional costs. The document is the basis for the buyer to apply for preferential treatment.