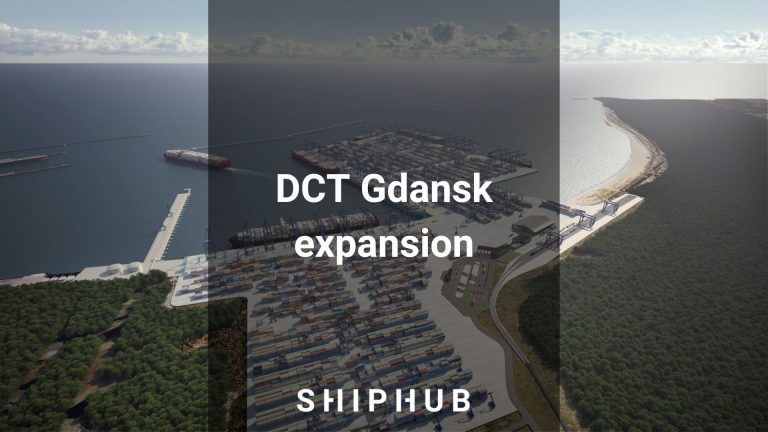 The DCT Gdansk expansion is underway. Thanks to the new terminal and state-of-the-art semi-automatic cranes (ARTG), the terminal’s capacity will increase by over 80%. According to forecasts, there will be at least three scheduled ocean ship calls per week in DCT Gdansk.

According to the project outline, a new deep-water quay, Terminal 3, will be partially completed and opened for commercial use in the spring of 2024. Budimex and Dredging International NV companies have undertaken the Terminal 3 construction project. Terminal 3 will be built next to Terminal 1. The new deep-water quay will be 717 m long, 17.5 m deep, and a square with an area of 36.5 ha.

DCT Gdansk purchased ten new semi-automatic rubber tire gantry cranes (ARTG) from Konecranes. There are plans to modernize the current fleet of 15 RTG cranes from the same company. The new cranes will improve the efficiency of the overall DCT Gdansk. It is expected that by 2025 the Gdansk terminal will increase its current handling capacity of 2.095 million TEU to a total of 4.5 million TEUs (20-foot containers) per year.

Retrofitted cranes and new semi-automatic cranes will be equipped with the latest technologies to improve efficiency in the terminal:

Limited human-machine interaction will minimize human error, increasing the efficiency and predictability of port operations. It will ensure a higher level of safety compared to manually operated cranes. Konecranes was selected as the supplier because it has extensive experience operating manual and automated cranes. The cranes will be integrated with the PSA in-house software.

The expansion of DCT Gdansk is great news for the customers and partners of the container terminal. By increasing its potential, DCT Gdansk will unblock shipping bottlenecks. Increased handling capacity will shorten queues in other ports. The new semi-automatic cranes will raise the status of the container terminal – it will be not only the most state-of-art in the Baltic Sea region but also the most technologically advanced in Europe.