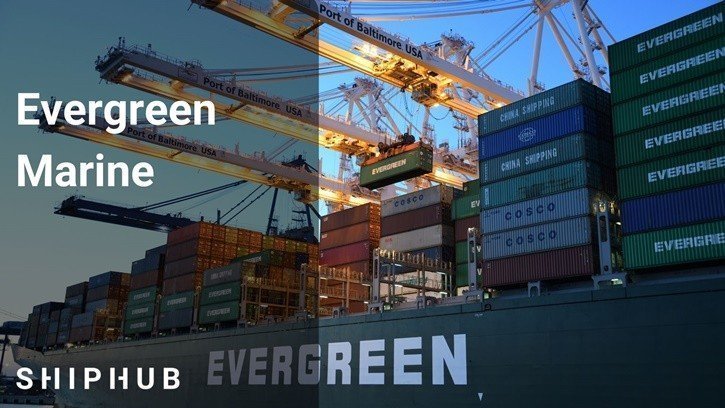 >> The Suez Canal blocked by the container ship Ever Given <<

Evergreen or Evergreen Marine Corporation (長榮 海運) is one more important shipowner that occupies a high position among the largest shipowners in the world. The Taiwanese company has been on the market for many years and gains new customers every year while enjoying particular popularity. In the following article, you can get more information about the company’s history, the way how the company operates, and more.

About the company – Evergreen Marine

Evergreen is a Taiwanese shipowner primarily engaged in maritime transport. The company was founded in 1968 and has its headquarters located in Taipei, Taiwan.

The company is part of the Evergreen Group, which includes other transport companies.

The Evergreen Group began operations from the founding of the Evergreen Marine Corporation (EMC) by Dr. Yung-Fa Chang on September 1, 1968. At first, the company used only one, pre-owned ship, and after many years achieved a high position among other shipowners.

Responding to customer demands and emerging shipping trends, the company in 1975 launched the first full container transport service. The service was successfully implemented, despite the negative impact of the oil crisis on the global economy that occurred at that time.

In 1985, Evergreen became the largest container transport company in the world. Since then, it has constantly been developing and operating ports around the world to attract even more customers.

In 1999 Evergreen established the Evergreen Seafarer Training Center (ESTC) to ensure the safe navigation of their ships (minimizing ocean accidents and pollution). It is currently one of the most advanced maritime training centers. There you can find, among other sailors, seafarers who are training so they can later serve in the company’s fleet.

In 2003, Evergreen Marine received the Lloyd’s List Maritime Excellence Award for commitment to training and education, and in 2014 the shipowner was awarded in the prestigious Asia Awards 2014 marine publication, receiving the Training Award.

The main routes on which Evergreen operates are as follows:

The busiest route runs between the Far East and North America and South America. Movement in this area occurs mostly between China, Japan, Korea, Taiwan, and the USA.

What’s more, there is a service inside Asia connecting the ports with the Middle East, the Persian Gulf, and the Black Sea.

The company has over 170 container ships and serves 240 ports in about 80 countries around the world.

Most shipping containers are painted green and have the white inscription “Evergreen.” Refrigerated containers have the opposite colors – they are white and have a green inscription.

The logo that often appears on the containers can be seen below:

The company is involved in servicing global trade by providing efficient transport services. Evergreen has transshipment hubs in key locations to streamline its operations. Thanks to planned investments, among others in Panama and Taiwan, the company will significantly increase handling capacity at terminals and reduce operating costs.