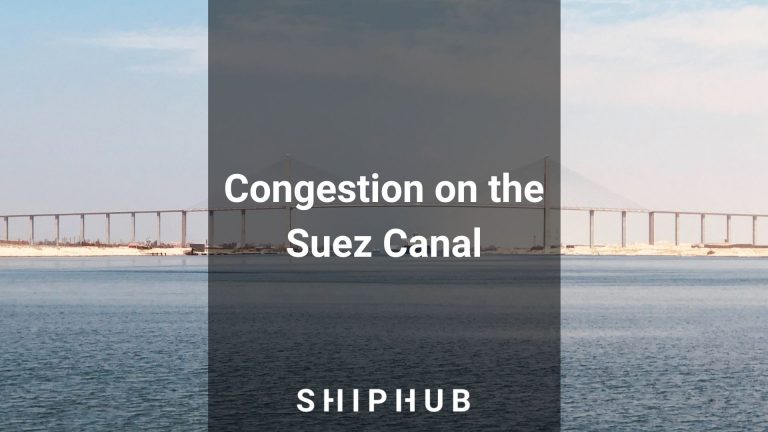 From Tuesday, the 23rd of March, the mega-container ship Ever Given (owned by Evergreen) has been blocking the ship traffic in the Suez Canal near Suez in Egypt. The ship was sailing from the Port of Tanjung Pelepas in Malaysia to Rotterdam in the Netherlands. According to a shipping agent GAC, it ran aground at 7:40 local time, facing the canal’s south end. As stated by Evergreen Marine Corp., the ship was hit by a sudden strong, gusty wind that caused it to turn and obstruct the waterway.

Ever Given’s unfavourable position prevented other ships from passing in both directions. According to information provided by the GAC, the container ship was fifth in convoy headed north. Fortunately, the collision with the vessels sailing in front of Ever Given was avoided. However, due to its placement, as many as 15 other ships had to wait for the Suez Canal to reopen. It’s also worth mentioning that Ever Given weighs up to 200 000 tons and is 400 meters long. It’s one of the largest ULCV container ships in use today.

The possible consequences of blocking the Suez Canal

The Suez Canal is one of the most frequented waterways, which transports up to 10% of all global goods. Therefore, it plays a massive role in the global economy, making the current situation especially unfavourable. Daily, as many as 50 – 60 ships pass through the canal. That’s why the long-lasting exclusion of the channel from use would bring adverse economic consequences. Some vessels would have to re-route their courses, which also means the necessity to cover additional costs. New ships awaiting the waterway opening keep gathering on both the Red Sea and the Mediterranean Sea, which the Suez Canal connects. In our previous article, you can check how many days it usually takes for a ship to sail from China to Europe.

For the past six days, the special services have been working on unblocking one of the most crucial waterways in the world. Ever Given’s remaining stuck for so long, prevented the supply of industrial goods, food, and fuel between Europe and the Far East. What’s more, over 300 ships transporting various types of cargo are waiting for completion of the works.

According to information provided by the shipping agency Inchcape Shipping, on 29th of March, Monday, the container’s ship unfortunate position was finally changed. Ever Given was pulled from the shoal and re-floated at around 4.30 am local time. However, a spokesman for the vessel owner’s company said it cannot resume its sail just yet. He also mentioned that the ship is now angled at 30 degrees, which allows for a greater range of motion. It has already started its engines but will still have to undergo preliminary inspections before departure. Although the situation has changed, it’s still uncertain when the Suez Canal will be opened to the waiting ships.

General Average – what is it, and what are its consequences?

We talk about General Average when the shipowner decides to sacrifice part of the cargo or incur considerable fees to save the ship and the rest of the transported goods from damage. The incurred costs include losses resulting directly from the General Average. In such a case, each importer is partially responsible for other people’s loads and the entire ship itself. It means that everyone is obliged to share the losses incurred.

One of the reasons why such measures may be implemented is when a ship runs aground. There is a risk that, if necessary, the General Average will be declared for Ever Given. In this situation, those who transport their cargo by this container ship would be obliged to fund the losses associated with this decision jointly. The exception would be only those importers who made sure to insure their cargo.

This situation shows that it’s always worth insuring your cargo before transport. Container insurance protects us against the enormous costs of the General Average. Thanks to this measure, we can be sure that the insurance company will guarantee coverage of any damage. Additionally, such insurance will also preserve us from situations such as theft or other risks.