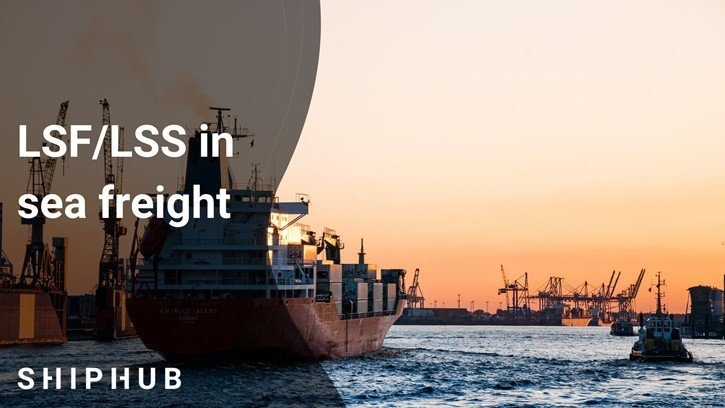 Considering transport costs, sea freight is a cost-effective choice as a means of transporting goods. However, be aware of any extras, for example, additional fees charged for the forwarding service. They have been used for a long time in maritime and air transport. One of them, which has applied for several years in sea freight is LSF, also known as LSS or GFS.

LSS is the abbreviation of the first letters of the English term Low Sulfur Surcharge, which means an additive for low-sulfur fuel. Behind the same concept are LSF (Low Sulfur Fuel Surcharge) and other shortcuts given by different shipping lines. Following the modified Marpol International Maritime Organization Convention on the prevention of pollution from ships, in certain areas, the amount of the sulfur and its compounds (SOx) should not exceed a certain level. From 2010, the amount of the sulfur of the fuel could not be more than 1%, and from 2015 this value has been changed into 0.1%. Starting in 2020, the maximum amount of sulfur is 0.5%. These regulations apply to the ECA (Emission Control Areas), including the Baltic Sea, North Sea, as well as the exclusive economic zones of the United States and Canada.

What does this mean for shipowners?

The convention requires adaptation of its cargo to new operating conditions. In other words, you should use desulphurized fuel that meets the requirements set by the Organization. This type of fuel, however, is more financially burdensome for shipowners, because it is even four times more expensive than the one with a high sulfur concentration. Another option is switching to natural gas; however, modernizing ships to adapt them to obtaining energy from liquefied natural gas is very expensive and not yet fully developed. Failure of meeting the regulations may result in taking responsibility and suffering the consequences.

It has been tested and proven that sulfur harms the environment. By burning and processing minerals that also contain sulfur, excessive sulfur dioxide (SO2) is released into the atmosphere, which then changes into sulfuric acid. Although sulfur is needed for the functioning of life forms, contact with sulfur precipitation – acid rain – leads organisms to develop inflammation. SO2 in the way of smelly smoke, from a concentration of 1 g/m3 air, is dangerous to health. So what counts is the amount of sulfur, not its occurrence. The higher the sulfur concentration in the fuel, the more harmful it is. The purpose of the LSS fee is to compensate for part of the operating costs of more expensive, light fuel. Its amount varies between 35 and 370 dollars and is not stable, but it depends on the shipowner and route. The fee may already be included in the amount of the service or presented as an additional service.

For both shipowners and forwarders, the regulation is associated with higher operating costs. This increase can be passed on to the shoulders of consumers by increasing the prices of transported goods. Reducing sulfur emissions will slow down global warming and improve air quality. Spending money, however, does not seem like a high price if the stake is further life on this planet, whose environmental balance has been destabilized by the actions of humankind.