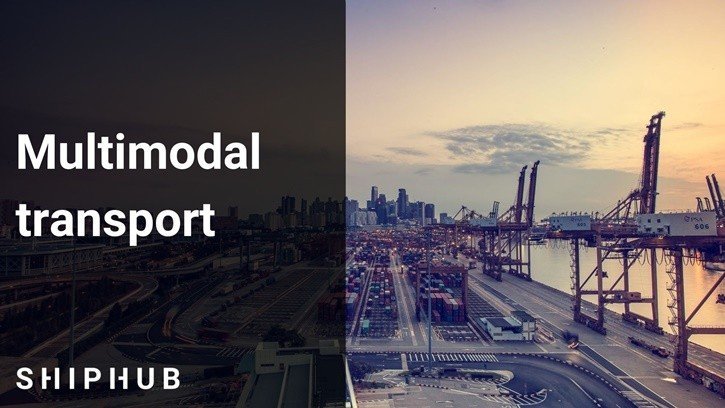 The exact definition of multimodal transport has been included in the Convention on International Multimodal Transport and reads as follows:

The main goals when using this kind of transport are:

The choice of this transport is also advantageous for the ordering party, which bears a single transport charge.

The functions of the operator, in other words, the key person in the organization of multimodal transport, can be served by a forwarder, logistics or sea, air, or a car carrier. The operator signing the contract also guarantees that he takes full responsibility for the transported goods, the completeness, degree of damage, or encountered transport problems.

The operator has the right to sign a contract with other carriers, thereby increasing and improving the services offered. However, he is then responsible for checking and coordinating their activities.

Operators can be divided into direct, who have their communication and transport fleet, or indirect, who must hire subcontractors to bring the transport order to effect.

Types of organizational solutions to the transport process

The type of organizational solutions to the transport process depend on the distance of transport and the availability of transport means.

Below you can see the examples:

What is more, we can divide multimodal transport into intermodal transport and combined transport. Mostly they are used interchangeably. However, there are several things which are different.

Intermodal transport concerns the transportation of cargo using various modes of transport; however, in one load unit, e.g., in the same container, such a container is not opened during the whole transport process.

Combined transport is a service in which the unit is transported between various transshipment points by rail, sea, or inland waterway; however, its delivery from the sender and transport to the recipient uses road transport.

The most important document for this kind of transport is “FIATA Multimodal Transport.” Its creation facilitated many issues for importers and exporters. According to the rules of this document, the forwarder is responsible for the goods and damages caused on the whole route, and not only in individual means of transport.

Nowadays, this kind of transport is very popular. It brings many benefits and good solutions. Customers thanks to this option, can quickly, efficiently, and also cheaply transport their goods at different distances.