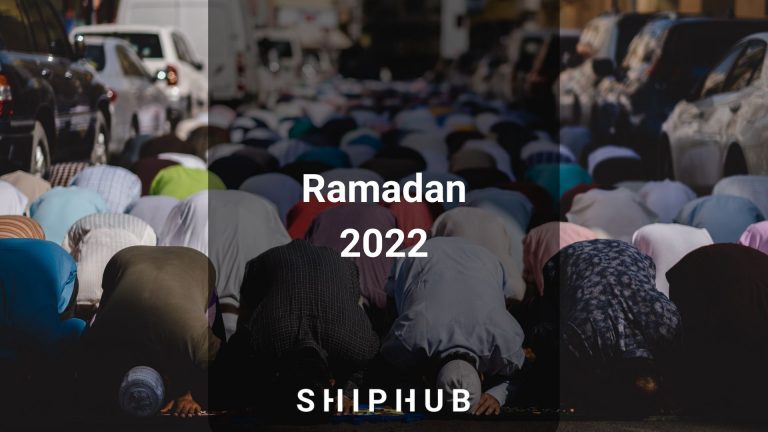 During Ramadan, Muslims fast every day from dusk to dawn. Fasting means restraint from eating, drinking, smoking, sexual activity, and all forms of immoral behavior, including impure and unkind thoughts. It is an act of worship that allows Muslims to feel closer to God. It is also one of the Five Pillars of Islam that includes testimony, prayer, an obligatory tax, and a pilgrimage to Mecca that every Muslim should make at least once in their lifetime.

Amidst the time of Ramadan (April 2nd – May 1st), most Muslims go to the Masjid (Mosque) and spend several hours praying and studying the Quran. Every day they recite a special prayer called the Taraweeh Prayer (Night Prayer), which is usually twice or three times as long as the daily prayers. Some Mosques may attempt to recite the whole Quran during Ramadan, which results in some Muslims spending entire nights in prayer.

During the last ten days, the most favorable time of worship, many perform additional prayers, and some spend at least one whole day in Mosque. To accommodate such acts of worship, work hours are adjusted during the day and sometimes reduced in some Muslim-majority countries.

All Muslims who have reached puberty and are in good health are required to fast. The fast is supposed to cleanse the soul and make the believers empathize with those in the world who are hungry and less fortunate. Those who are not obliged to fast are the elderly, small children, the mentally ill, travelers, pregnant women, and nursing mothers, as well as women on their period. However, they should make up for the missed days by fasting sometime in the future or helping the poor.

Quran indicates that eating and drinking are permitted only until the “white thread of light becomes distinguishable from the dark thread of night at dawn.” Therefore having performed the evening prayer, Muslims gather in their homes or Mosques to break their fast with an elaborate feast called iftar, most often shared with the whole family and friends. It usually begins with dates, as was the custom of Muhammad, or apricots and water or sweetened milk.

The first pre-dawn meal of the day during Ramadan is called suhur and usually includes a lot of protein and fats to provide energy for the whole day. In some communities, the Muslims sound drums or ring bells to remind others that it is time for the meal before dawn.

Ramadan is the time for Muslims to concentrate on their faith and self-reflect, focusing less on their everyday lives. They are expected to contemplate, work on self-discipline, and strengthen their spiritual health. Any sexual activities are strictly forbidden and, as well as any immoral or impure thoughts, also invalidate the fast.

During Ramadan, it is very common for Muslims to engage in different forms of helping the less fortunate. Many donate money to charities; others distribute meals to low-paid workers and the homeless. Some even volunteer to help the sick, the poor, and other people in need. It is believed that during Ramadan, good deeds are rewarded many times over.

At the end of Ramadan, Muslims celebrate Eid al-Fitr, The Feast of Fast-Breaking, one of the two major holidays in the Muslim calendar. The other is Eid al-Adha, which marks the end of the pilgrimage to Mecca. This day is declared when the crescent new moon has been seen or if it is not possible to see the moon due to the weather. In some communities, Eid al-Fitr is quite elaborate: children wear new clothes, women dress in white, people bake special pastries, exchange gifts, even visit graves of their relatives. They also gather for family meals and in Mosques to pray.

Eid al-Fitr means several days of public holidays for Muslim countries. In 2022 Ramadan takes place from April 2nd to May 1st. Therefore, Muslims will not be working on the first few days of May.

One of the two most important Islamic festivals, also known as Feast of Sacrifice, commemorates the Prophet Abraham’s willingness to obey Allah by sacrificing his son Ishmael. It begins on the tenth day of the last month of the Muslim calendar and lasts for three days, concluding the annual hajj, or pilgrimage to Mecca. According to the Quran, just before Abraham sacrificed his son, Allah replaced Ishmael with a ram, thus sparing his life.

It is celebrated not only by those undertaking the hajj but also by Muslims all over the world. The celebrations include sacrificing a lamb or other animal and distributing the meat to relatives, friends, and the poor. The sacrifice is meant to symbolize obedience and devotion to Allah, and its distribution is an expression of generosity, one of the Five Pillars of Islam.

The second most sacred and holy month of the Islamic calendar, Muharram, also called Muharram-ul-Haram, is the first month of the Islamic year. Just as Ramadan’s, its date depends on the sighting of the moon. Muslims believe Prophet Muhammad called the month the “sacred month of Allah.”

The tenth day of Muharram marks the Day of Ashura, the day Imam Hussain, the grandson of the Prophet, was left in the desert without food and water, killed mercilessly by enemy soldiers in the Battle of Karbala, and became a martyr.

The history of Muharram started when Muhammad and his companions were forced to move from Mecca to Medina on the first day of the month. According to the legends, he was forbidden from spreading the message of Islam in Mecca.

On Muharram, there are no celebrations. It is a month of mourning and praying. For some cultures, it is common to mourn the death of Hussain by forming a chain and beating themselves, while others commemorate his sacrifice by fasting and chanting.

On the twelfth day of the Islam calendar, many Muslims commemorate the birthday of the Prophet Muhammad. In many Muslim countries, Mawlid al-Nabi is a major public holiday. Some believers refuse to participate in the celebrations as they think it is an unnecessary innovation that emphasizes the Prophet’s human life and distracts from his divine purpose. However, most Muslims use this opportunity to teach about Muhammad’s way of life.

Throughout the world, Mawlid al-Nabi is celebrated in various ways. Many communities celebrate in their private homes; others hold large festivals at Mosques decorated with bright lights. Celebrations include sharing food, attending lectures about Muhammad’s life and virtues, prayer services, participating in marches, reciting the Quran, litanies, and devotional poetry of the Prophet.

As the Islamic calendar year is shorter than the Gregorian calendar year, the dates of Muslim holidays are different every year. You can always expect all the holidays to occur the following year about ten days earlier than in the current year since the Islamic year has either 354 or 355 days. You should take that into consideration while planning a business trip or a meeting with your business partner.