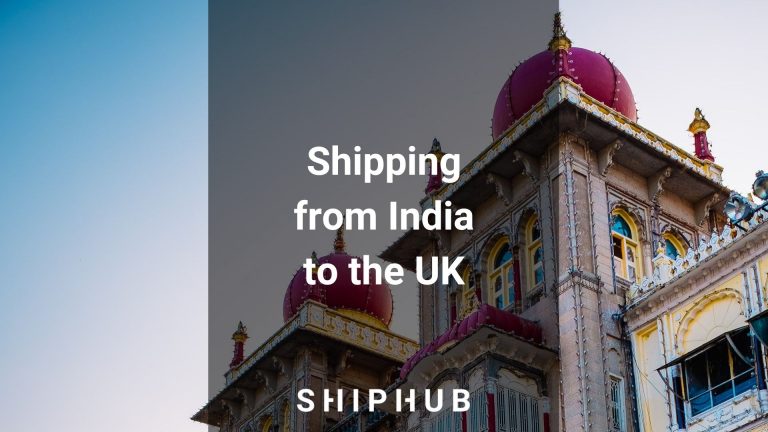 The UK is currently the seventh-largest export destination for India. Close economic ties between both countries will be strengthened even more as the UK and India aim to sign a free trade agreement in October 2022. Most of India’s exports to the UK are readymade garments, medicine and pharmaceutical products, refined oil, textile fabrics, rice, metal products, and passenger and cargo ships. This article presents essential information about shipping from India to the UK.

Shipping from India to the UK – means of transport

Ocean freight from India to the UK

Ocean freight is the most cost-effective option for shipping. Importers take advantage of its low price and large capacity. The downside is that it takes plenty of time for the shipment to arrive in the destination country. Door-to-door transit between India and the UK usually takes around 5-6 weeks, depending on several factors.

One thing we must keep in mind when selecting ocean freight is that we must choose between FCL and LCL transport. FCL stands for Full Container Load. It means that only one recipient/sender uses the whole container. Meanwhile, the LCL or the Less Container Load refers to sharing the space of a container with other entrepreneurs. It’s used when we want to transport a smaller quantity of goods.

Main cargo seaports in the UK:

Air freight from India to the UK

Another option is air freight. This way of shipping goods is faster but more expensive than regular maritime transport. One of its qualities is that it helps to ensure the delivery’s safety, making it a perfect way to transport luxury or perishable items. Shipping cargo via air route should take around 2-5 working days.

Main cargo airports in the UK:

Shipping from India to the UK – costs

The final price will depend on many factors, including the route and distance our goods will travel, cargo type, chosen forwarder, and the shipping method. To be the most satisfied with shipping services, we suggest checking out offers from various forwarders. On our website Shiphub.co, you can compare their quotes. Don’t wait and get a free quote right now!