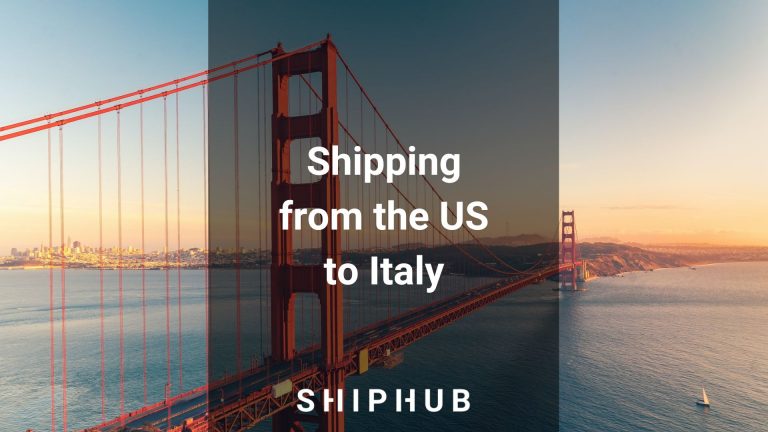 The US and Italy share a strong economic tie. The United States is Italy’s top trade partner outside the European Union, with 65.2 billion euros of total trade value in 2021. The leading US exports to Italy were crude petroleum, vaccines, blood, antisera, toxins and cultures, platinum, precious metal scraps, packaged medicaments, hormones, and gas turbines. How to organize shipping from the US to Italy?

Shipping from the US to Italy – means of transport

Ocean freight from the US to Italy

Ocean freight is the most popular shipping method among importers all around the world. It has two advantages – the price and carrying capacity. Shipping goods via sea or ocean is relatively cheap. Furthermore, it allows for moving enormous quantities of products. However, this method of shipping is relatively slow. The average ocean freight transit time from the US to Italy is 30 days. You should select your delivery method according to your needs.

When you select sea freight, you have to choose between FCL and LCL. It is important to know the difference. FCL stands for Full Container Load and means that one exporter/importer uses the whole container. On the other hand, LCL (Less Container Load) refers to using only part of the container while the rest of the space is taken by another sender/recipient.

Main cargo seaports in the USA:

Airfreight from the US to Italy

If your shipment is urgent, air freight is the way to go. Shipping via cargo airplanes is the fastest way of transporting goods. It’s also the best way of transport to ensure the safety of delivery. Due to those factors, air freight is best if you ship a small consignment of perishable and valuable goods. Airfreight is frequently used to transport vehicles, jewelry, luxury items, food, and flowers. An estimated transit time should take around 2-4 working days.

Main cargo airports in the USA:

Shipping from the USA to Italy – costs

Shipping costs depend on various factors, such as the cargo’s type and size, the shipping method, the chosen forwarder, and a few other aspects. Because of this, we recommend comparing offers from several freight operators. Shiphub.co allows you to receive a quote that will help you choose the best forwarder for you.