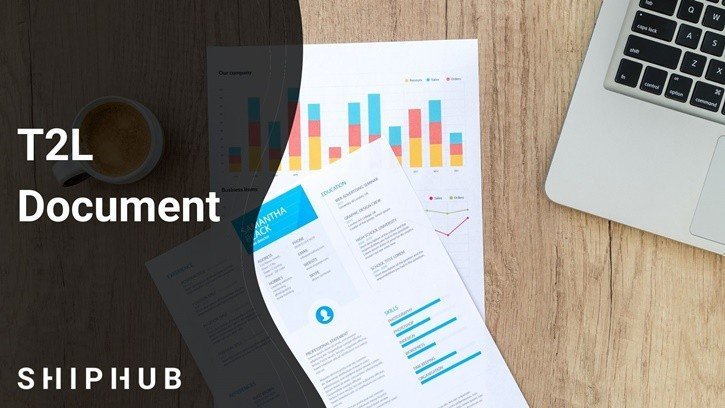 The customs certificate is used in the European Union as a confirmation in the importing country that the goods have a Community status. The T2L document is issued in each branch of the customs office in the place where the loading and export of the goods took place. This means that importer needs it to start the import procedure. It is mainly used for the carriage of goods between EU countries through the territory of third countries. Besides, it is used in the transport of Community goods between European Union ports, both by sea and by air.

T2L document – What does T2L mean?

The T2L document should have the symbol “T2L” or “T2LF”. The markings differ as follows:

T2L – a document confirming the Community status of goods

When is it needed?

So, when the goods are in free circulation in the customs territory of the European Union, the T2L document proves that these products aren’t subject to customs supervision. It should be remembered that the document is used only when there is a presumption that the goods have no EU status or have lost this status. Therefore, it concerns the carriage of goods between ports in the EU by sea or air. According to the law, sea and air are treated as the territory of a third country. It follows that re-entry of goods to the EU without customs supervision allows the proof of EU customs status, i.e., the T2L document, to be presented.

To prepare the T2L document, we should use the form 4 of the single administrative document SAD, which concerns the transit and confirmation of the Union status of goods. It is worth noting that in electronic form it is sent to the AES system (Automatic Export System), and in paper form, it is delivered to the customs office. Besides, the implementation of AES is associated with benefits for entrepreneurs as it facilitates business processes in export. The process of issuing a T2L document is as follows:

What to look for?

T2L document – What can replace this document?

It turns out that the documents certifying the Community status of goods can also be:

If the document certifying the Community status of goods is an invoice or transport document, it should contain in particular: