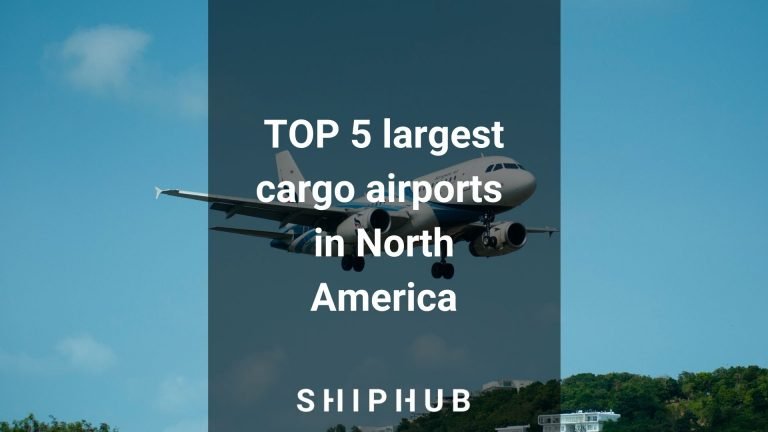 Airfreight is the fastest way of shipping goods, especially over long distances. Short transit is important, for example, for companies shipping pharmaceutical products or seasonal goods. It is a good choice of transportation for all kinds of small, light products. Cargo airports around the world make efforts to ensure that goods reach consumers in both the fastest and safest way. In the article below, we will introduce the largest cargo airports in North America.

According to the Airports Council International – ACI, the international airport in Memphis maintains its position as the busiest cargo airport in North America and the second-largest of its kind worldwide. The only one ahead of it is the airport in Hongkong.

Memphis International Airport is the FedEx Express World Hub sorting center. The company handles almost 99% of its cargo there. Additionally, the company plans to allocate a sum of $ 1.5 billion to further modernization and expansion of the facility.

The airport in Memphis currently owns 163 aircraft gates. According to ACI rankings, in 2018, as much as 4.47 million tons of cargo was handled there. Besides, despite global trade conflicts, a 3.1% increase in volume was observed in 2018.

Anchorage airport played a crucial role as a gas station to the west and east. Due to its strategic location, it is considered the main air transport hub between many points in North America and Asia.

Anchorage takes second place in terms of cargo transport among airplanes in the USA and the fifth place among the busiest transport hubs in the world.

From year to year, we can observe an increase in the amount of transshipped volume. In 2018, loads with a total weight of 2.8 million tons were handled. Furthermore, the importance of the airport is expected to increase. Anchorage has the potential to become an e-commerce hub.

The main operators in Anchorage are FedEx and UPS. The airport is also a stopover for airplanes from low-cost airlines, in order to fill their fuel shortage.

Louisville Muhammad Ali International Airport was named in honor of the world-famous boxer from Louisville. The facility takes third place among cargo airports in North America. In the global ranking, counting the whole number of handled loads, it ranks seventh.

The Louisville Muhammad Ali airport is home for a UPS (United Parcel Service) Worldport hub. In 2018, the airport handled over £ 5.87 billion in cargo, freight, and mail.

Los Angeles International Airport LAX ranks fourth among the busiest airports in the world. ACI data state that the importance of this facility increases in the global rankings of cargo operations. Currently, it takes tenth place in the world and fourth in North America in terms of cargo tonnage.

Most of California’s industrial companies are placed in Los Angeles. The city is also the center of US banks that handle international operations, as wells as companies in the entertainment, electronics, bio-medic, computer, and airspace industries. More than 800 freight forwarders and 360 brokerage houses operating in this region are involved in trading in this area.

Miami International Airport (MIA) plays a crucial role in the commercial status of Miami-Dade County. The International Air Transport Association (IATA) designated Miami Airport as the pharmaceutical cargo hub and trusted industry leader in pharmaceutical transportation, making it the first in the western hemisphere and the second in the world to receive such a designation.

It should be noted that over 100 airlines at MIA participate in year-round, two-way cargo traffic, thus connecting North and South America with the rapidly developing markets of Asia, Europe, the Middle East, and the rest of the world. The most often handled operations include the shipment of pharmaceutical, electronic, agricultural, and other perishable products, fish, livestock, and other animals, as well as fashionable clothing and electronic equipment.