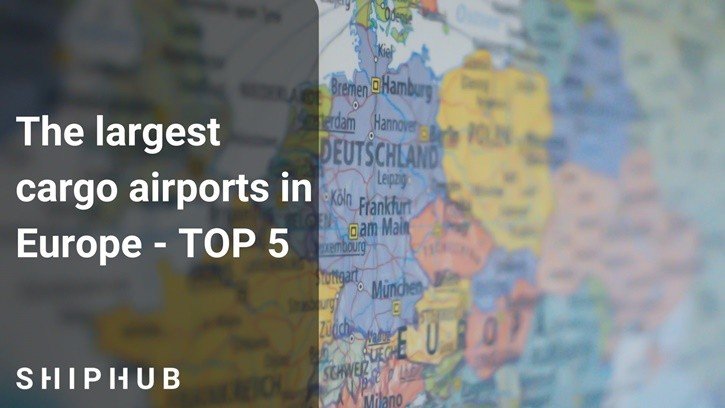 Recently, more and more companies are focusing on dynamic development. Therefore, there is an increase in interest in air freight. However, in the Airports Council International (ACI) list, the top twenty prosperous airports involved in CARGO transport listed only four of them are located in the European Union. See TOP 5 largest cargo airports in Europe.

In terms of cargo, Charles de Gaulle International is the tenth busiest airport in the world and the first in terms of traffic in Europe. It has a total handling capacity of 3.9 million tones (3.6 million tones at Paris-Charles de Gaulle airport and 300,000 tonnes at Paris-Orly airport). Besides, it has a strong air transport network with three main transport hubs: Air France, FedEx, and La Poste.

Frankfurt am Main airport is also known as the Rhine-Main airport (German: Rhein-Main-Flughafen). In 2018, it recorded the result of 2.2 million tons of cargo transport, which guaranteed it 11th place in the ranking of world airports and 2nd place in Europe. It turns out that Frankfurt airport is not only one of the main hubs for international freight shipments, but also a courier service center. Forwarding companies such as DHL, FedEx, TNT operate here.

Heathrow International airport took 17th place in a ranking published by ACI. However, the airport management plans to increase the capacity of the facility. According to the assumptions, it can be even 3 million tons of cargo annually by 2040. Forwarding and courier companies, such as DHL and UPS, cooperate with the airport.

Schiphol is the third largest freight gate in Europe (400,000 m2 of freight warehouses, of which 60% with direct access to the airport). The airport provides a connection to 327 planned destinations in 98 countries, with the value of air transport being 1.7 million tons in 2018.

Luxembourg airport was not included in the ACI ranking. However, it is at the forefront of European airports. In terms of cargo, it takes 5th place. It is also the only airport in Luxembourg. It has 1.2 million tons of transshipment capacity per year. It is the sixth-largest air freight platform in Europe and the twenty-fifth largest in the world.