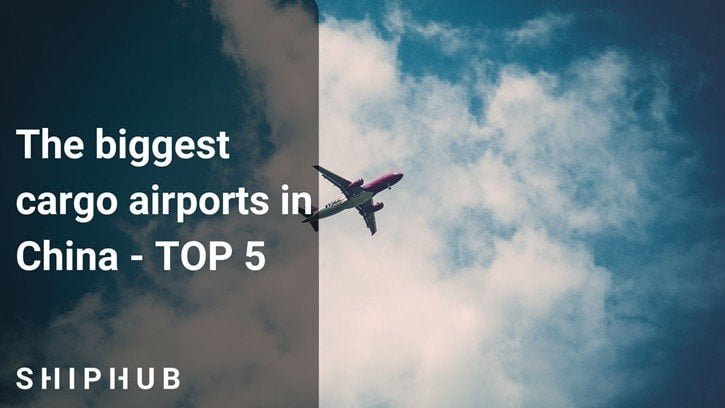 The largest cargo airport in the world is located in Hong Kong. Hong Kong International holds an honorable first place and has maintained its position for years. It is the busiest port in the world for already nine years.

In 2018, the airport handled 5.1 million tons of total capacity, which accounted for 42% of Hong Kong’s total foreign trade value.

The particular advantages of the port are primarily the geographical location, excellent connectivity, the most modern facilities, sufficient capacity to handle cargo, as well as efficiency and ensured safety.

Shanghai Pudong International is the second largest airport in China. However, among the largest cargo ports in the world, Shanghai airport ranks third.

The airport handles over 3.1 million tons of cargo annually. It is one of the main loading nodes in China.

Beijing International Airport is the third largest cargo airport in China. The airport was opened in 1958.

Freight traffic is served by over 100 airlines from around the world. Such forwarding companies as Air China Cargo, DHL Aviation, FedEx Express, and Lufthansa Cargo operate in the port.

Beijing International Airport has four hangars. The facility is classified as a 4F facility, which means it is capable of handling wide-body equipment.

The cargo airport handles over 2 million tonnes of cargo annually (40 years ago, it was only 34,000 tons of cargo).

Guangzhou Baiyun International is the fourth largest cargo airport in China. It is one of the busiest airports in southern China. It handles over 1.8 million tons of cargo.

Port Guangzhou Baiyun International has been operating since 2004.

Guangzhou is also a FedEx hub location in Asia and the Pacific. The center operated 136 flights a week from the very beginning.

Shenzhen International is one of the largest cargo airports in southern China. It was opened in 1991.

The cargo airport in Shenzhen handles over 1 million tons of cargo annually.

The logistics center at the airport covers an area of 115,000 m2 and provides customs storage, international logistics distribution, customs services as well as door-to-door deliveries. The airport serves 39 cargo routes, connecting to 33 destinations.

The airport serves as a cargo hub for UPS in Asia and the Pacific.